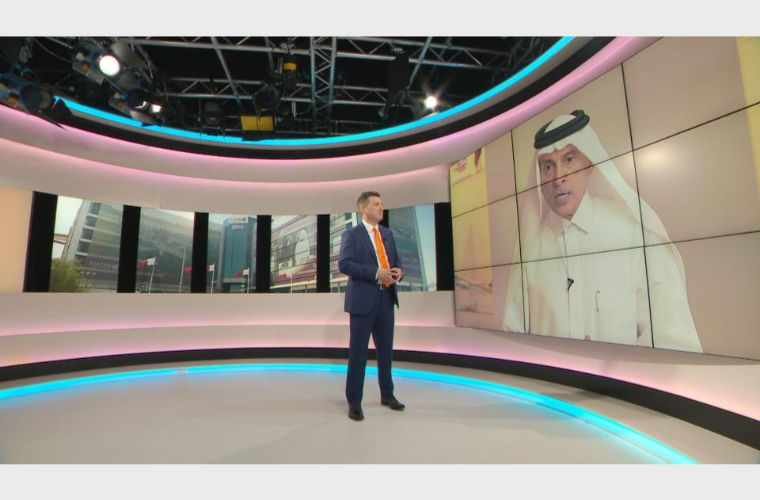 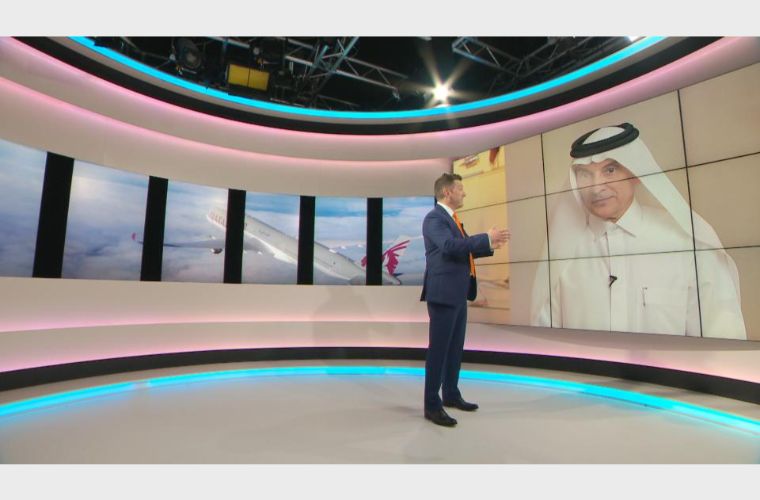 AKBAR AL BAKER TELLS EURONEWS: “WE NEED TO ADJUST OUR LIFESTYLES AND BEHAVIOURS TO GET BACK TO A NORMAL WAY OF LIVING”

Akbar Al Baker, Group CEO of Qatar Airways and One World alliance chairman, will be the first high-profile guest to be interviewed on new Euronews international business show, The Exchange (TEX) which will first air this evening (7.50pm, 23rd June). Produced from the Euronews bureau in Media City Qatar, Al Baker shares his views on the future of business travel with anchor Guy Shone.

In the interview, Al Baker talks about the need to robustly capitalise on every single business opportunity to aid the recovery of a global economy “decimated by this one unseen enemy – the covid virus.” He also explores how airlines must take a resilient approach to strategies and operations as they continue to face ever-changing travel restrictions and border requirements.

The eight-minute show will air 15 times on Euronews’ nine TV language editions over a week and will be available on Euronews Next in 12 languages. It will also feature a report on how Hamad International Airport in Doha has used state-of-the-art technology to become the first and only in the Middle East and Asia to be awarded a Skytrax 5 star Covid -19 airport safety rating.

The Exchange (TEX), has been created to report on the people, businesses, ideas and innovations that are at the forefront of the business conversation in the 21st Century. Profiling disruptive start-ups and entrepreneurs alongside established and experienced leaders, it reports on new tech, ideas and philosophies breaking through in the business world.

The new show is fronted by anchor, Guy Shone, who has been a regular business contributor of Euronews in English’s evening show on Euronews for the last two years. In a broadcast career spanning more than 10 years Guy has interviewed some of the world’s most influential CEO’s, explaining the complexities of global finance and shining a light on the latest business innovations.

The Exchange (TEX) is rooted in the business hub of Qatar and produced out of the new Euronews bureau in Media City Qatar,but with an international scope and vision designed to appeal to the broadcaster’s audience in over 400 million homes in 160 countries. The international business show for both TV and digital channels will feature a high-profile business interview, features, news and analysis and will be aired bi-weekly across summer and bi-monthly from September.

The launch of The Exchange comes as Euronews seeks to respond to its audiences’ desire for more specialised and in-depth content on issues of particular interest to them such as business. In the same spirit, the media company very recently unveiled Euronews Next, a digital destination covering innovation and the new economy from a European perspective with a focus on the future of money, work, health, home and mobility.

Euronews delivers impartial news to over 145 million people every month and has recently expanded its digital feature-led content which complements its rolling news, broadcast in 12 language editions.  This includes the launches of Euronews Next, Euronews Travel and Euronews Green.