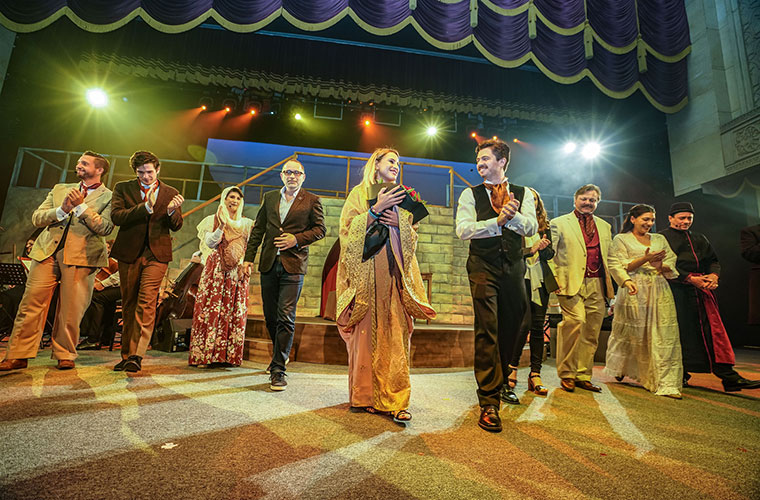 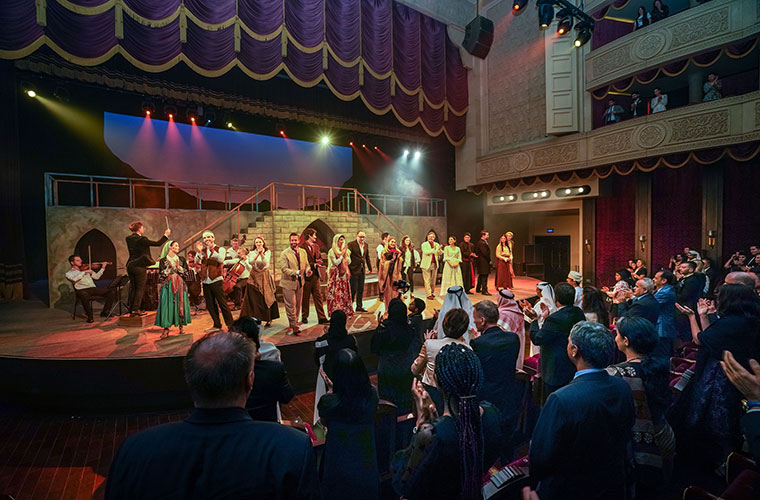 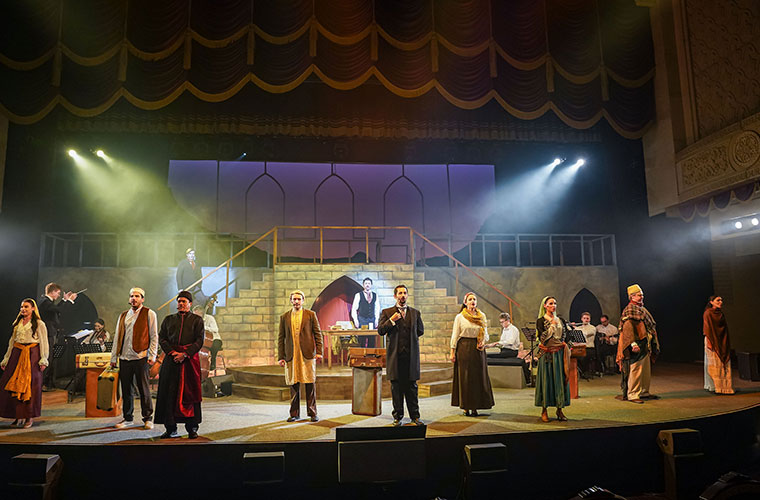 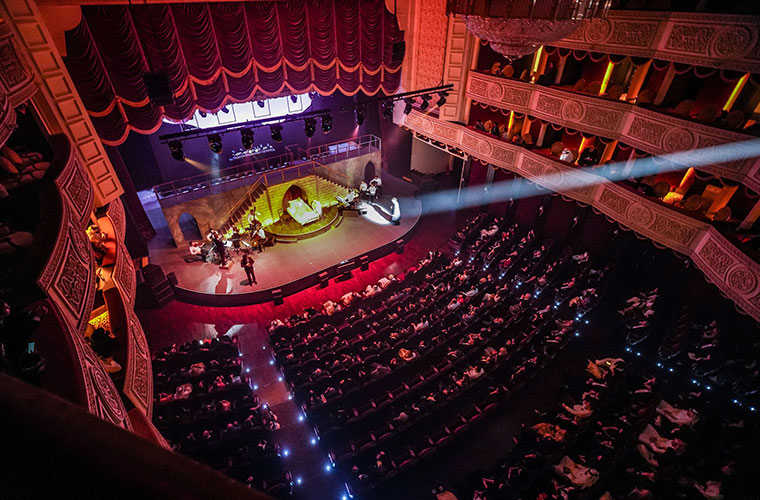 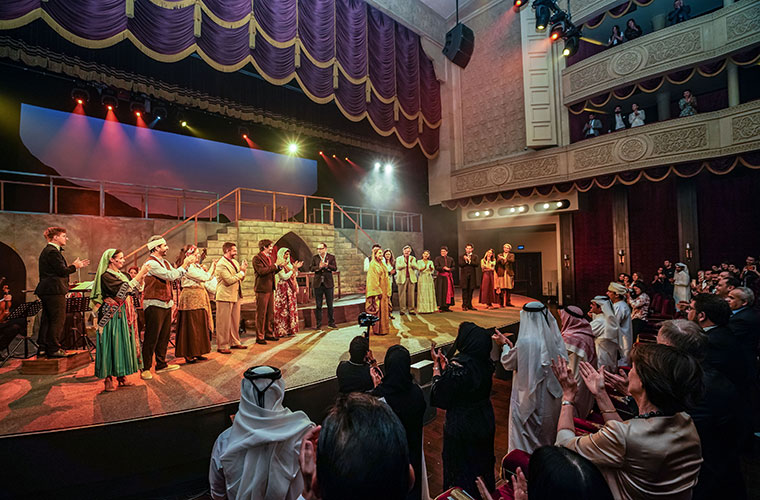 Broken Wings Musical Opens in Doha to Sold Out Shows

Broken Wings, a West End Musical co-composed by Dana Al Fardan, a notable Qatari musician, composer, songwriter and artist, was shown for the first time ever in Qatar at the Opera House in Katara Cultural Village. Launching with a special VIP night, the musical ran for two days on 8th and 9th November with sold out Matinee and Soiree shows for the public.
The opening night of Broken Wings opened to a full house with front rows of VIP’s, who applauded and enjoyed the rich musical experience brought to Doha for the first time.
Adapted from Khalil Gibran’s poetic masterpiece, the Broken Wings musical is composed by Middle Eastern duo; composer Dana Al Fardan and West End’s very own star actor, Nadim Naaman. The musical was first performed in London in 2018 to a sold-out show, followed by a special Middle East debut in Lebanon during the famous Beiteddine Festival in July 2019.
Broken Wings Cast is led by co-writer Nadim Naaman as Gibran, Hanna Qureshi as Selma, and Sophia Foroughi as Mother. It is directed by Bronagh Lagan and features orchestrations and musical direction by Joe Davison and performed by the Qatar Philharmonic Orchestra.
Dana Al Fardan, Qatar's only female contemporary composer and songwriter, said: “I am thrilled to bring Broken Wings home to Doha. Through the musical I aspire to create a bridge between the East and West by bringing cultures together and uniting people through music and art. Broken Wings does not only celebrate Arab heritage, but it also celebrates women. Gibran’s mother was always a compass for him at times of uncertainty. This is the inspiration behind our song ’Spirit of The Earth’. I hope that everyone will enjoy the outstanding performance by the London West End cast, and that it will inspire the audience and fans in Qatar to learn more about the story of Broken Wings and the arts and culture in general.”
“I am grateful for the support we have received in bringing Broken Wings to Qatar and especially to our sponsors who have paved the way for future productions such as ours to have a place here in Doha, we couldn’t have done this with out them.” added Dana.
Nadim Naaman, writer of Broken Wings, said: "I am very excited to be here in Doha to debut Broken Wings for the first time. I first visited Doha two years ago when Dana and I were writing songs for Broken Wings. The decision of bringing the musical to Doha was mutual as we both share a particular passion for creating synergy and understanding between cultures from the East and West. I hope Qatar’s multi-cultural audience will enjoy Khalil Gibran’s message of love, tolerance and acceptance and the amazing performance of the West End London cast”.
Mr Darwish Ahmad Al Shaibani, Director of Marketing and Cultural Affairs at Katara commented saying: “After a long wait, Broken Wings is finally on our shores and we at Katara are honoured to be the host of this significant event".
Dana Alfardan and Nadim Naaman also hosted an exclusive masterclass with 35 students from Doha’s top International Schools’ music programs with the cast on Saturday 9 November, after which the students were invited to watch the Matinee performance.  During the workshop, the students had the opportunity to learn ‘Spirit of The Earth’ as well as have a Q&A and meet the cast of Broken Wings.
Broken Wings has partnered with Katara Cultural Village, Qatar Airways, Virgin Megastore, Capital Partners, Mondrian Doha, E-projects, BMW Alfardan Automobiles, BMW Group Importer in Qatar, Qatar Foundation and Qatar Philharmonic Orchestra as proud sponsors of the concert.