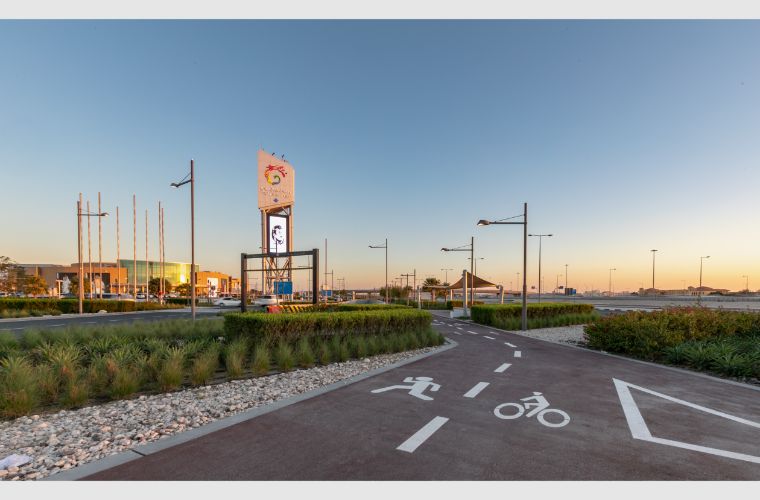 With its Festival Cares program, Doha Festival City joins global efforts to raise awareness about the importance of preserving the planet, by limiting water and energy consumption.


Doha Festival City, Qatar's one and only choice for shopping, dining and entertainment, celebrates World Water Day and Earth Hour, with a number of environmental activities to promote a culture of conservation, under Festival Cares.

On Saturday March 27th, Festival City will pay tribute to Earth Hour by decreasing its electricity consumption between 8.30 and 9.30pm. The Mall will dim both Chandelier Lights in its Luxury Area, and alternate switching lights on and off in the Center Court, to cut consumption by 50%. The Mall will also promote for electricity preservation amongst visitors by spreading awareness and sustainability messages all around the mall on its digital screens.

Celebrating World Water Day on March 22nd, Festival City reaffirms its commitment to saving water resources, especially in the arid region of the Gulf. The mall follows a number of measures aimed at controlling and limiting water consumption.

Throughout all the seasons, and during summer in particular, Doha Festival City adjusts its irrigation system using a timer that allows to control the amount of water used in landscape. Irrigation mechanisms in place are also sustainable and employ the already used waters – from the Mall’s ventilation systems and cooling tower, as well as harvested storm water, to sprinkle the lawns and plants.

Doha Festival City also chooses to grow plants that are suitable for the Gulf region and do not require high level of water consumption. Furthermore, the Mall is currently upgrading its system to enable the utilization of TSE (treated sewage effluent) waters for chilled water circulation, and will be able to fully rely on TSE water for its Chillers in the second half of 2021, while undertaking further action to boost the sustainability of its operations.

Robert Hall, Doha Festival City General Manager, said: “we are committed to continuously improving our operations in protecting the environment in Qatar. Through contributing to major initiatives in this field, the Mall also aims to educate its visitors on the importance of sustainability, enticing them to contribute to the national efforts“.

“Doha Festival City has received the highest level of sustainability certification from Gulf Organization for Research and Development (GORD) – we are a sustainable mall, and we try to do deploy every effort to reduce the environmental impact of our operations ”, Robert concluded.

Doha Festival City opening hours are Saturday to Wednesday from 10am to 10 pm, and Thursday to Friday from 10am to 11pm. In line with the preventative measures set out by the authorities, Doha Festival City has introduced stringent health and safety measures throughout the mall for its staff and visitors. This includes a thorough mall disinfection treatment on a weekly basis, robust cleaning and sanitization operations during mall trading hours, 127 hand sanitizing stations installed in the areas that have commonly touched surfaces.

At the entrance to the mall and all shops, visitors must show their green Ehteraz QR code, and should wear a face mask during their whole time in the mall. Physical distancing stickers in common queuing areas, such as ATM machines, banks, telecommunication kiosks and branches and various retail shops were installed to help shoppers keep the required physical distance as set forth in the guidelines by the authorities. Stores will provide sanitizers on entry and at cash points to ensure the highest level of hygiene.