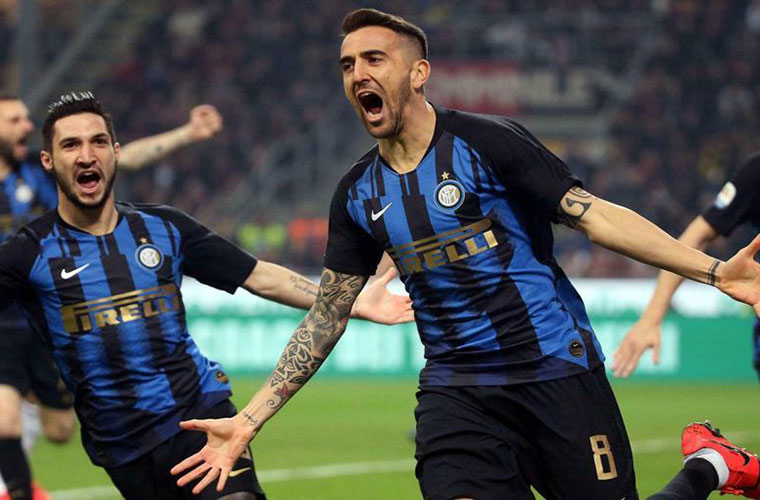 Inter Milan got off to a strong start at Al Kass 2020, displaying considerable composure to beat Mohammed VI Academy 3-1 in an occasionally feisty encounter.

This is the third time that Inter have competed at Al Kass, having finished fourth in 2013 and third in 2016. After several years in the wilderness, their first team are back where they belong, vying for supremacy at the top of Serie A. So, for the U16s turning out in Doha, there is every reason to aspire to greatness and demonstrate the kind of winning mentality now regularly on display at San Siro. On this evidence, the youngsters are on the right track.

For their part, the Moroccan youths were playing for a place in their nation’s footballing future. Handpicked for a national academy founded by King Mohammed VI, they were competing in Doha for the first time, and put in a determined performance to demonstrate that they were not intimidated by the occasion.

Both sides settled well, with Milan’s organisational superiority gradually coming to the fore. And, on 12 minutes they went ahead with the game’s first shot on goal. There seemed little danger when Kifle Gambato – guilty of a couple of poor touches early on – picked the ball up 25 yards out. But rather than shooting, the left winger slipped a deft through ball to Amadou Sarr, who evaded a static defence to clip the ball beyond keeper Walid Hasbi from eight yards out.

The Mohammed VI players, while working the ball well through midfield, were struggling to bring their captain Omar Sadik into the game, his every move expertly marshalled by the Inter backline. But as the half hour approached, the imposing striker slipped his marker and rose high to latch on to a precise cross from Youssef Charouq, planting a powerful header just wide of the upright.

The Moroccans were in the ascendancy, and had the ball in the net five minutes later when Inter keeper Paolo Raimondi could only palm a low drive into the path of Charouq, who slotted home from close range only for his effort to be chalked off for offside.

Inter should then have doubled their lead when Gambato crossed low for Tommaso Clerici, but his first-time effort lacked accuracy and missed the target. He made amends two minutes later, latching on to Simone Bonavita’s low ball from the left to fire home a first-time shot from close range.

Almost instantly, the Moroccans reduced the deficit when a corner from the left was met by Yassine Khalifi, whose powerful header cannoned against the crossbar, with Mohammed Younes Jazouli pouncing on the rebound to nod home.

As the second half got underway, the Milanese began to ramp up the pressure, which keeper Hasbi sought to relieve on occasion with long balls out of defence, hoping – in vain – to find the head of Sadik.

The Moroccans displayed some deft touches, with brief passages of play characterised by their intricate passing patterns. However, an end product was generally lacking as Milan’s defence remained resolutely disciplined.

At the same time, some hefty challenges from the Moroccans demonstrated that they were determined to find a way back into the game, by fair means or foul. They were made to pay for their physical approach on 78 minutes, when a third Inter goal arrived via the penalty spot after substitute Gabriele Menegatti was upended inside the area, with Sarr slotting calmly home to claim his second of the game.

Ultimately, this was a comfortable win for Inter, who appear well-equipped to cope with tougher tests. The Moroccans, meanwhile, will have gained much from their debut Al Kass experience, but most now get some points on the board when they play Altinordu on Sunday.