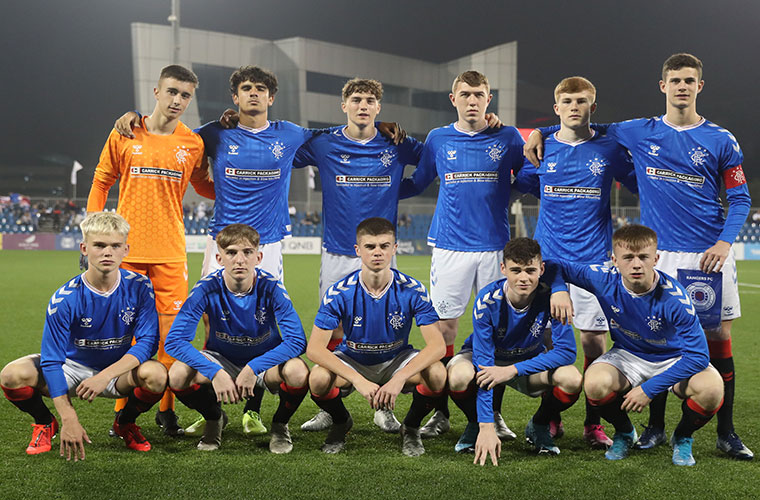 Lindsay Stars Again as Rangers get the Better of Aspire

The two teams had drawn 4-4 during the group stages and were again among the goals as the tournament tally reached 109, two more than the previous record set in 2014.

Rangers went ahead on the half-hour mark when Jack Harkness did well to win a header on the halfway line and found Robbie Ure, who fired home.

The Rangers skipper grabbed his second on 36 minutes when getting on the end of Leyton Dunlop’s quality pass and he should have completed his hat-trick in the final minute of the half. Harkness broke down the right and set up Ure who hit the bar from close range.

Aspire reduced the arrears on 50 minutes when Al-Quraishi won and converted a penalty. The striker was clipped on the ankle by Kelsey Ewen and fired home the penalty, and just six minutes later Aspire were level when Abdulaziz Al-Naimi tapped home from close range after a fine cross from Talal Al Shaaibi.

Aspire skipper Mohamed Surag showed great skill before hitting the bar in the final 10 minutes but Rangers made sure of victory on 89 minutes when Lindsay got on the end of a great pass by Connor Allan.

The goal makes him the joint top scorer with Igor Kozlov of FC Zenit with six goals and also helped to earn his fourth man of the match award of the tournament.