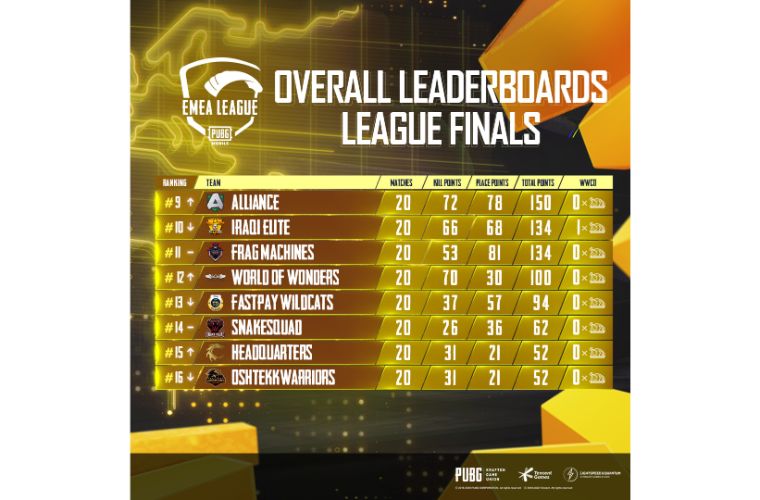 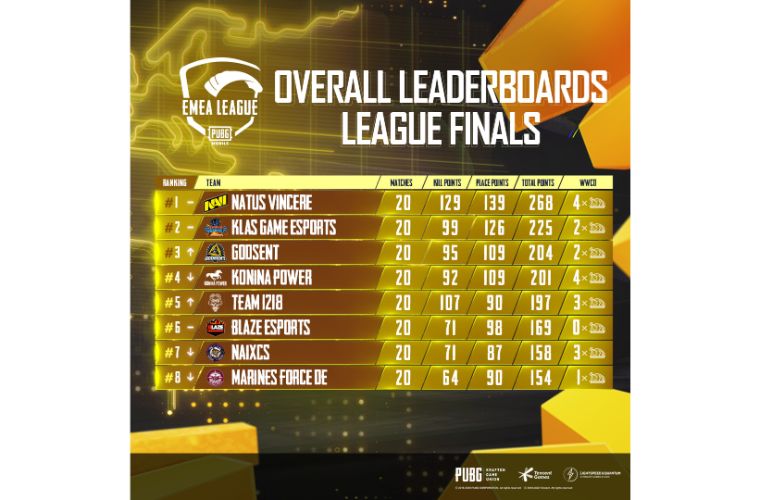 PMGC has expanded the qualified spots from 20 to 24 teams globally, providing chances to more pro teams to participate in the biggest global mobile esports tournament.

The EMEA League Finals showcased thrilling battles, high-level team play and razor-sharp individual skills, with Natus Vincere totalling a whopping 129 kills, 268 points, and 4 chicken dinners. Now the team is looking to bring their region even more pride at the PMGC. With the finals, Dmytro "OldBoy" Bui for Natus Vincere was awarded as the MVP for his exceptional performances, bringing 40 kills to the team and proving himself one to watch going into the PMGC.

Natus Vincere’s first place finish sees them take home the lion’s share of the $100,000 prize pool after four days of intense battle, and will be joined at the PMGC, the pinnacle of PUBG MOBILE this November with the following three teams, KlasGameEsport, Godsent, and Konina Power.

Due to the unprecedented growth in all territories this year, the new EMEA League replaced the PMCO Regional Finals for Europe, the Middle East, and Africa. The PUBG MOBILE esports program now offers one of the most robust structures in esports with a clear path to pro. From local regional events, through to the PUBG MOBILE Club Open (PMCO) to the Pro League (PMPL), to the Global Championship (PMGC), PUBG MOBILE’s competitive ecosystem has been thoughtfully designed to give all players from the grassroots to professional level the opportunity to “Be the #1”.