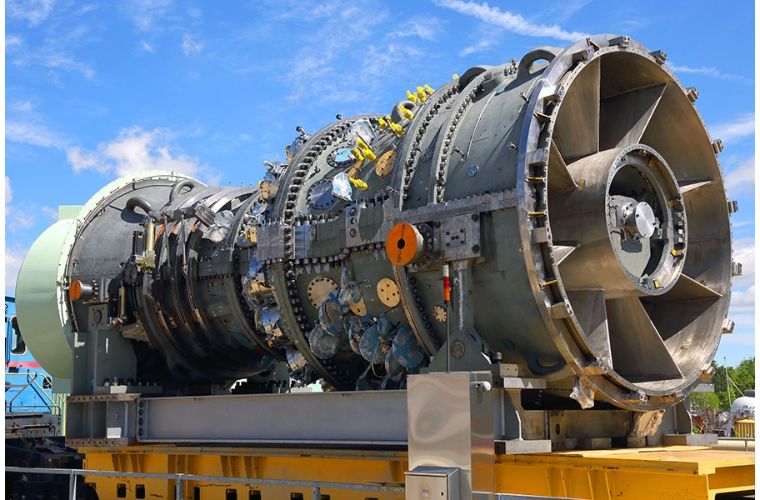 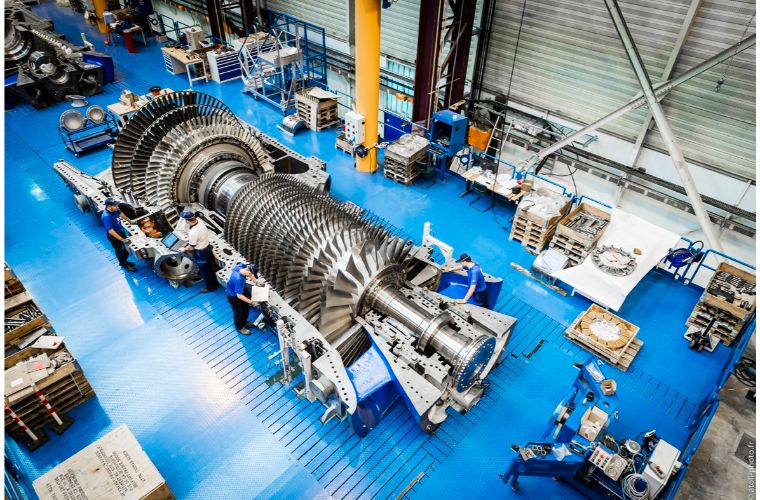 PATHWAYS TO FASTER DECARBONIZATION WITH GAS AND RENEWABLES IN MENA

The power sector accounts for up to 41 percent of global carbon dioxide emissions today. Additionally, there are up to 1 billion people around the world who still lack access to reliable energy and the demand for electricity is expected to continue to grow, including here in the Middle East and North Africa (MENA), where population growth, industrialization and urbanization continue to fuel the need for more power.

To address sustainability concerns, the world is transitioning towards a lower carbon energy mix at a pace unseen before. This is reflected in the total global value of energy transition investment – including spend on new renewable energy capacity, electric vehicles and associated charging infrastructure, energy storage technologies, and more - reaching over US$500 billion for the first time in 2020. This was an increase of 9 percent over the previous year, despite the economic impact of the COVID-19 pandemic. However, while renewables are growing rapidly, increases are not occurring fast enough, and they are still projected to provide less than half of global electricity supply by 2040.

“As this transition plays out, the accelerated and strategic deployment of renewable and gas power together can deliver a no-regrets path to make substantive reductions in emissions quickly, while delivering dependable, affordable power,” says Joseph Anis, President & CEO of GE Gas Power Europe, Middle East, and Africa. A recent white paper by GE titled ‘Accelerated Growth of Renewables and Gas Power Can Rapidly Change the Trajectory on Climate Change’ outlines how gas power can complement renewables to offer decarbonization at scale in the near-term, with pathways to near-zero in the long term.

THE COMPLEMENTARY ATTRIBUTES OF RENEWABLES AND GAS POWER

Gas is increasingly abundant, available, and affordable, and expected to become even more so in the years ahead, offering countries relatively low cost power on demand. It offers the cleanest means of power production among all traditional fossil fuels, with as little as less than half the carbon dioxide emissions of coal. Additionally, gas offers pathways to future conversion to low or near-zero carbon with hydrogen and carbon capture, utilization, and sequestration (CCUS) technologies.

Gas also provides dependable, dispatchable capacity that is available regardless of the time of day, season, or weather; this is critical for grid stability as very high renewables penetration can lead to system instability. Gas plants can compensate for long gaps in renewable production in ways that today’s battery storage technology cannot. The latter can usually be used for short-term (typically <8 hours) storage of renewable energy, while gas is economical for longer duration peaking needs. Furthermore, gas power plants are flexible, with the ability to start quickly, ramp power up or down, and turndown to very low output levels, so they can provide affordable, dispatchable power that can fill the supply/demand gap as and when needed.

Gas power plants have a significantly smaller physical footprint than wind and solar power plants, enabling them to be deployed in countries with limited land and closer to demand centers such as large urban areas, thereby potentially reducing the investments needed in transmission infrastructure.

There are gas power solutions available today that can help countries across MENA reduce the environmental impact of their power generation activities. In the more immediate to short term, upgrade solutions can be deployed to increase the output, efficiency, flexibility, lifespan, and availability of gas turbines, while reducing fuel consumption and environmental impact. In Egypt, GE’s Advanced Gas Path (AGP) solution was installed on four 9E gas turbines at the West Damietta Power Plant, helping to enhance fuel efficiency by up to 2.2 percent and increasing the average output per turbine by over 4.5 megawatts (MW), leading to a total output increase of 18 MW at the facility, the equivalent electricity needed to power up to 15,000 Egyptian homes.

Many power plants in MENA still use gas turbines that were installed in the 1980s and continue to operate in simple cycle mode at efficiency levels below 30 percent. Converting them to combined cycle – something that can be accomplished in as little as 16 months - can enable them to produce up to 50 percent more electricity using the same amount of fuel.

In the more medium to long term, advanced technologies that offer higher efficiency and flexibility should be deployed to equip new power generation facilities. Gas power plants can often operate for thirty years or more and hence, adopting higher efficiency technologies, such as GE’s H-class turbines, which have already set two world records for combined cycle efficiency, can help power plant owners lower the emissions per megawatt of power generated for decades to come. In the UAE, Sharjah Electricity and Water Authority (SEWA) is installing the technology at its upcoming 1.8 GW power plant in Hamriyah. Using three GE 9HA units in combined cycle operations, SEWA can reduce carbon dioxide emissions by up to 4 million tons per year, compared to current levels – the equivalent of taking 1 million cars off the UAE’s roads.

Hybrid technologies offer another means to address future energy needs. GE integrated energy battery storage technology to black start a 7F gas turbine at Entergy Louisiana’s Perryville Power Station in the USA. The term ‘black start’ refers to the rebooting of an idle power plant without support from the grid in the event of a major system disruption or a system-wide blackout. To provide a black start, traditionally some power stations have small diesel generators — normally called black start diesel generator (BSDG) — which can be used to start larger generators, which in turn can be used to start the main power station generators. Today, the Perryville Power Station is supported by GE’s 7.4 MW battery-based energy storage system paired with the plant’s simple cycle gas turbine. The project demonstrates the complementary nature of gas-powered energy and battery storage. It also serves as a potential model for future projects in GE’s 7F fleet of more than 950 units, over 70 of which are installed in MENA in Saudi Arabia.

Apart from combustion technologies, there are pre and post combustion solutions that can also help sustainability efforts. On the pre combustion side, there are multiple approaches for low-carbon or carbon-free fuels, including the use of hydrogen for power generation. Today, GE has the largest fleet experience in using alternative low heating value fuels including hydrogen for power generation. A world leader in gas turbine fuel flexibility, GE has more than 75 turbines operating on low heating value fuels, including blends of hydrogen and natural gas, accumulating over 6 million operating hours. GE is already enabling the transition of a 485 MW combined-cycle 7HA power plant in Ohio, USA, to run on carbon-free hydrogen. Long Ridge Energy Terminal, which owns the plant, is collaborating with GE and New Fortress Energy to provide carbon-free power to customers by blending hydrogen in the gas stream and transitioning the plant to be capable of burning 100 percent green hydrogen over the next decade.

Several countries across MENA, which have tremendous potential to generate low-cost renewable power, are already exploring initiatives to produce green and blue hydrogen. As this fuel becomes more easily available and more economical, it can play a more significant role in the region’s energy mix. We’re already beginning to see hydrogen production projects being announced in the region. In Saudi Arabia, plans have been announced for a $5 billion production facility in NEOM that will be powered by renewable energy for the production and export of green hydrogen to global markets. It will supply 650 tons per day of carbon-free hydrogen and is scheduled to be onstream in 2025.

On the post combustion end, natural gas based combined cycle power plants can also be paired with CCUS technology to capture carbon dioxide emissions and provide cleaner power. Carbon capture and storage projects have operated globally in various industries since the 1990s with projects operating in MENA as well, such as ADNOC’s CCUS project at the Al Reyadah facility in Abu Dhabi, which has the capacity to capture 800,000 tons of carbon dioxide annually.

“There are many pathways that can be adopted to power a cleaner energy future with gas and we need to adopt these solutions to take decisive actions to address the global climate crisis today – not years from now,” states Anis. “There is no one solution that fits all and the mix of fuels and technologies needed to achieve net zero carbon goals will vary from country to country. However, there can be no doubt that gas power can play a critical role in helping MENA achieve faster, deeper decarbonization at scale.”