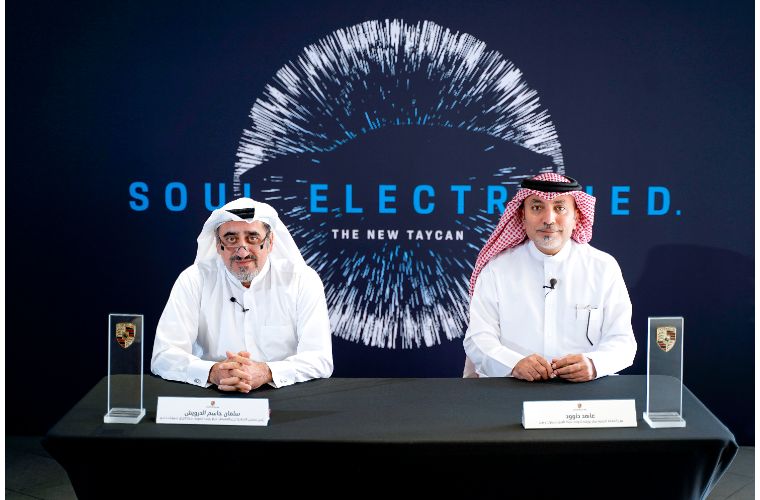 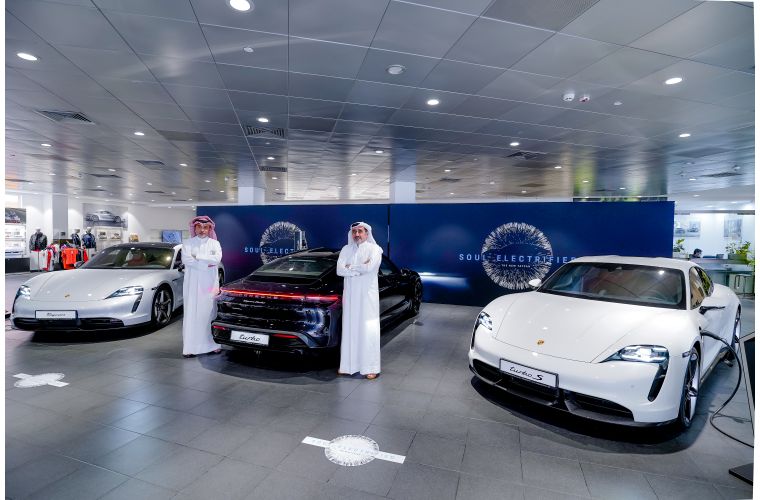 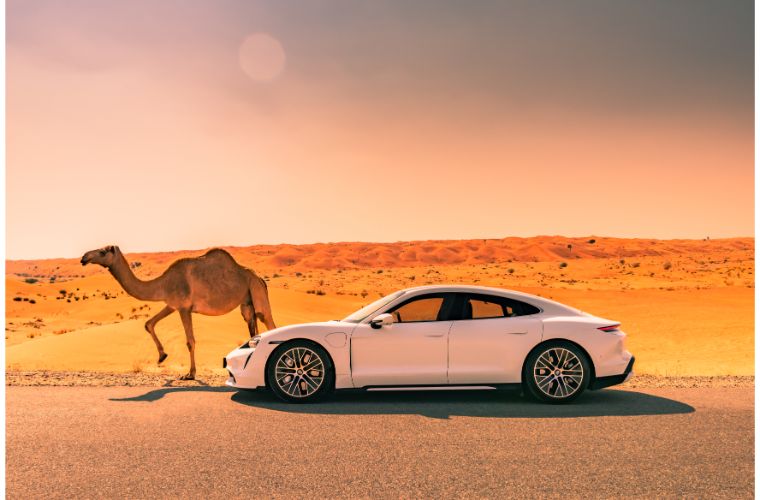 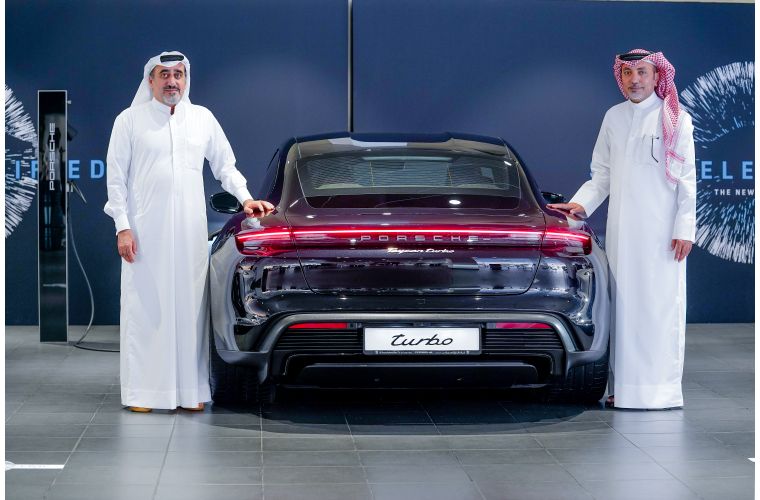 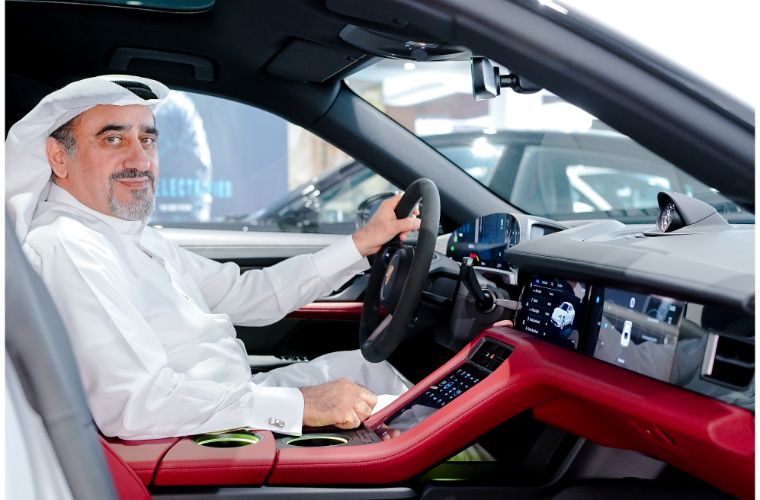 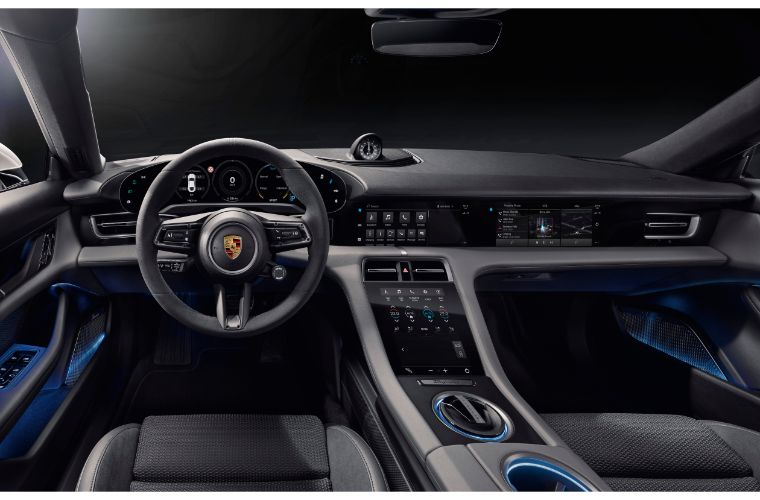 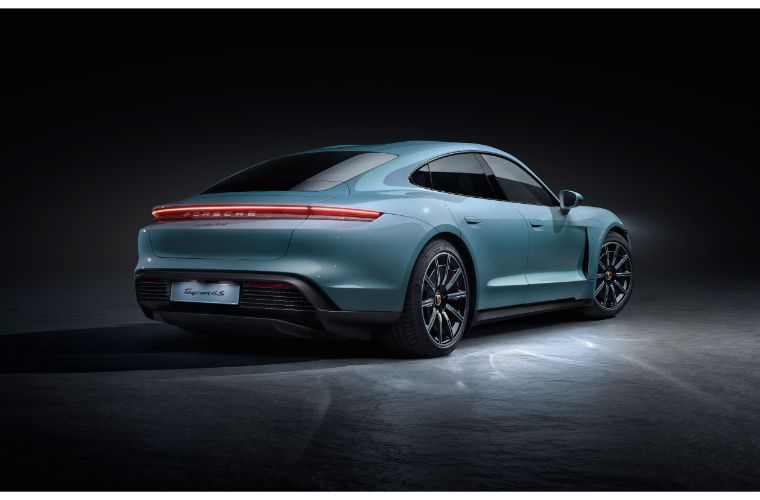 Commenting on the arrival of Porsche’s all-new Taycan, Salman Jassem Al Darwish, Chairman and CEO of Porsche Centre Doha said: “The future of high-performance motoring has arrived in our country, as we welcome the all-electric Porsche Taycan to our showroom. Our new four-door sports saloon writes a new chapter in the brand’s 70-year history as a genuine sports car for the age of electromobility.”

He added: “Unlike a car with a conventional internal combustion engine, the Taycan boasts high-powered electric motors which deliver their full torque instantly for breath-taking acceleration. Thanks to the lowest centre of gravity and the lowest drag co-efficient in the brand’s entire model range, the Taycan feels like a Porsche in every sense, true to the badge on its bonnet.”

The Taycan Turbo S matches the iconic 911 GT2 RS acceleration time from zero to 100 km/h in just 2.8 seconds, while the Turbo completes this in 3.2 seconds and the 4S covers it in four seconds. The Turbo S is among the most powerful production models in the Porsche range, generating 761 PS (560 kW) overboost power in combination with Launch Control, while the Turbo delivers 680 PS (500 kW) and the 4S follows with 571 PS (420 kW) when equipped with the Performance Battery Plus, which is part of the standard equipment for Qatar.

Power comes via two permanently excited synchronous motors, one mounted on each axle, making the four-door saloon an all-wheel drive. Performance is further enhanced by the world’s first two-speed transmission in an EV, installed on the rear axle, enabling fast acceleration and high-end speed. The Taycan Turbo and Turbo S share the same top speed of 260 km/h, with the 4S coming in at 250 km/h.

According to WLTP tests, all three derivatives feature a generous driving range. When equipped with the Performance battery Plus, the Taycan 4S leads the range with a driving range of up to 463 km, followed by the Turbo derivative with 450 km and the Turbo S with 412 km.

The Taycan ushers in a new design direction with a minimalistic theme that looks to the future but at the same time pays homage to the brand’s past. The Porsche-typical ‘flyline’ that curves from the roof down to the tail is carried over from the 911. The car sits low at just 1,380mm tall and wide at 1,966mm, giving it a purposeful sports car stance, underlined by a sloping bonnet reminiscent of the 911. Two highly pronounced wings on either side house the new-look LED matrix headlights, while at the rear, a full width illuminated light bar pays its respects to the first 911 Turbo.

On the inside, the early 1963 Porsche dash provided the inspiration for the Taycan’s curved, free-standing 16.8-inch instrument cluster atop the steering column with the rounded look that's typical of Porsche. The upper and lower sections of the dashboard stretch across the entire width of the vehicle in the shape of a wing, featuring a central 10.9-inch infotainment display and an optional passenger display.

The black panel replaces many hardware controls, such as switches and buttons, with on-screen, haptic-touch menus that are intuitive and can be operated by the simple voice command of “Hey Porsche”.

The Taycan is available with a wide range of interior and exterior configurations, in both traditional and modern styles. For the first time, the brand also offers an entirely leather-free interior. New colours and an optional interior accent package give customers a wide choice. For an even higher degree of personalisation, Porsche Exclusive Manufaktur offers around 90 finishing options exclusively for the new four-door sports saloon.

The Taycan is the first production vehicle with a system voltage of 800 volts. This is a particular advantage when high-power charging access is available, allowing exceptionally short charging times. All Taycan drivers can comfortably charge their car with up to 11kW AC charger at home with the Porsche Mobile Charger Connect, at work on a fast industrial charger, or at any public charging point while running errands. The Taycan can be charged on either side using alternating current (AC) or by using direct current (DC) on the right side.

“The launch of our first all-electric model comes at a time when there is a strong focus by the Government of Qatar on promoting e-mobility in a sustainable living environment,” said Salman Jassem Al Darwish.

This governmental initiative is supported by Porsche Centre Doha through the continuous expansion of the local charging infrastructure. At present, a network of AC chargers have been set up at local Porsche facilities and strategically located destination partners. The organisation is working on further plans to expand the charging network for customers and owners of electric or hybrid vehicles.

Porsche Centre Doha invites all enthusiasts to its showroom for a personal viewing.