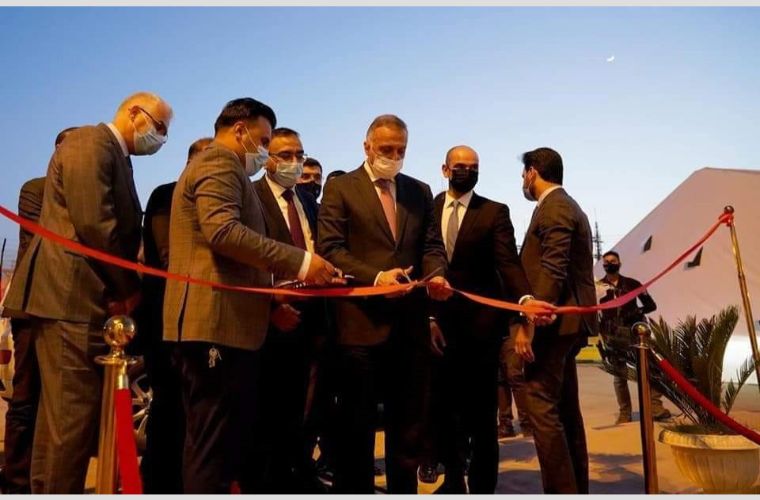 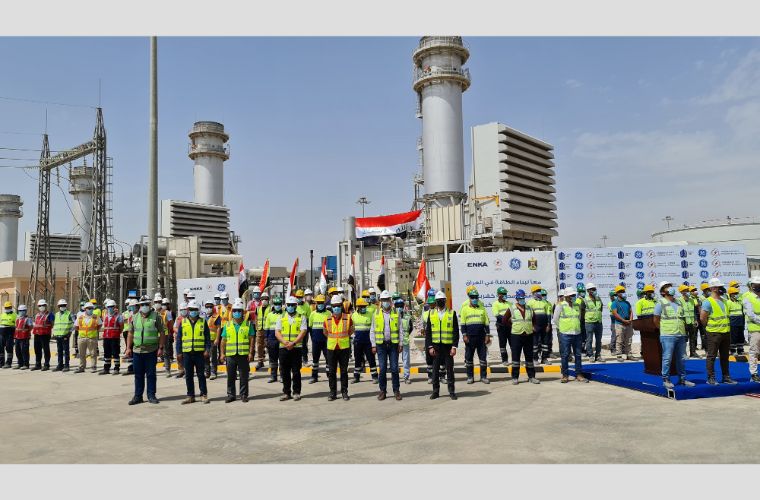 The Prime Minister of Iraq, His Excellency Mustafa Al-Kadhimi, inaugurated the Samawa Power Plant in the Al Muthanna governorate. GE Gas Power led the construction of the facility, which is the first new utility scale power plant to be built in the governorate since 1975. Four GE 9E gas turbines have been installed and commissioned at the plant under the first phase of the project, helping the facility to generate up to 500 megawatts (MW) in simple cycle operations. At present, electricity is supplied from the plant through the 132 kilovolt (kV) grid to the city of Samawa, as well as surrounding areas.

Ahmed Al Abadi, the spokesperson of the Iraqi Ministry of Electricity, said, “Our top priority is to deliver reliable power across Iraq. By setting up the Samawa power plant, GE played a significant role in providing much-needed electricity, helping to ease a part of the electricity shortages experienced in the province. Looking ahead, we know that Iraq still needs to add more power capacity. To that end, we are in process of commencing work on the second phase of the Samawa project, under which it will be converted to a combined cycle power plant and be able to generate up to a total of 750 MW.”

“At GE, we work resolutely to deliver results that improve the lives of the Iraqi people. Today, I am delighted to share that all four gas turbines at the Samawa plant have been commissioned and handed over to the Iraqi Ministry of Electricity,” stated Joseph Anis, President & CEO of GE Gas Power Europe, Middle East, and Africa. “However, we realize that a lot more work still needs to be done to meet Iraq’s growing energy needs and we are committed to help power the country forward with industry-leading technologies, global experts, talented local employees, and investments in community development efforts.”


GE has helped strengthen power infrastructure from the north to the south of Iraq. In the north, GE’s teams have helped power liberated areas with the rehabilitation of Mosul’s Al Qayara Power Plant. In central Iraq, the company is helping to equip, operate and maintain the country’s largest combined cycle power plant - the Besmaya Power Station - which is also central Iraq’s first independent power plant (IPP). In the south, GE’s Advanced Gas Path (AGP) upgrade solution is allowing the MOE to decrease the downtime of gas turbines, improve availability, enhance performance, and lower annual operations and maintenance costs at the Najibiya Power Plant. Working closely with the Iraqi Ministries of Planning, Finance, and Electricity, GE has also collaborated with various private and public financial institutions from around the world to help secure over US $2.4 billion in financing since 2015 for energy sector projects across the country.

Furthermore, in support of local community development projects, GE has partnered with Kapita, a grassroots entrepreneurship organization, to launch the ‘Iraqi Microbusinesses’ initiative – ‘Taqat’ in Arabic. Through the partnership, GE will support up to 50 microbusinesses owned by young Iraqis to scale up further by providing grants, marketing, and business training. GE also recently announced a program to strengthen the skills of young Iraqis by providing scholarships for five Baghdad Business School students for a 10-month educational program.