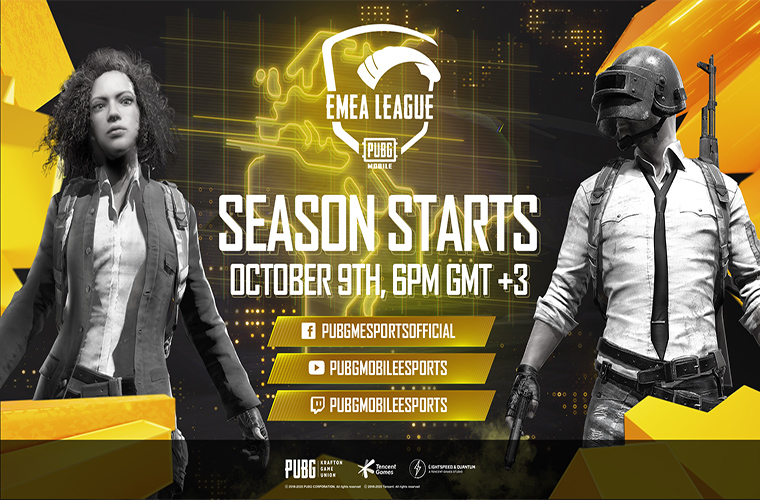 PUBG MOBILE EMEA League dates have been updated to one week earlier, taking place during 9 - 25 October. Top teams from the EMEA regions will battle it out for $100,000 prize pool and three spots in the PUBG MOBILE Global Championship

PUBG MOBILE EMEA League dates have adjusted slightly to take place one week earlier to better accommodate the global tournament schedule. All other details, including the participating teams, tournament structure, and prize pool remain unchanged. These details can be found from below.

The tournament will be split into the two stages - the EMEA League, which will be held in the first two weeks, and the EMEA League Finals that will take place in the third and last week of the season. During the EMEA League stage, 32 teams will be split into groups and play against each other, accumulating points; after two weeks the top 16 teams will proceed to the EMEA League Finals. There will be four matches played per day, for three days a week. For the finals the points will reset, and 16 teams will battle it out to determine the top three teams that qualify for the upcoming PMGC. There will be five matches played per day, for four days a week. Please note that the EMEA League will replace the PMCO Regional Finals for Europe and MEAF, with a combined prize pool of $100,000.