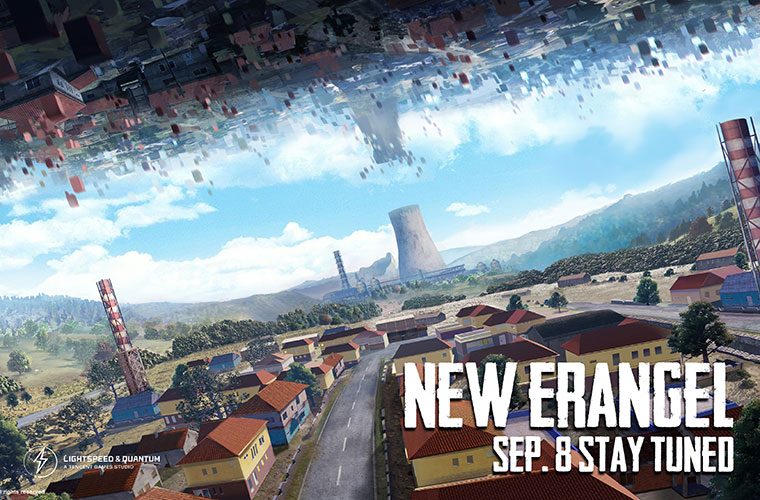 AppStore Today Story just published an exclusive sneak peek for the overhaul of the beloved PUBG MOBILE Erangel map and its bold new look, which is to debut in the coming New Era of PUBG MOBILE starting Sep 8

According to the joint announcement by AppStore and PUBG MOBILE on Aug 28, the long-awaited New Erangel map is coming in the next update, with an overhaul delivering a fully-refined battlefield experience that will have classic Erangel features feeling fresh once more. Beginning from Sep 8, players can skydive into the revamped New Erangel, alongside with other massive new features like New Tech, New UX in PUBG MOBILE 1.0 version, which turns out to be the “mysterious surprise” teased in the PUBG MOBILE New Era Announcement livestream event.

After many months of repeated analysis, refinement and testing, the PUBG MOBILE team has updated the game’s most popular map with changes that not only enhance the constantly-improving visuals and performance but also ensure high-quality original gameplay. The new Erangel map was updated with these main parts: all-new map elements, large resource point changes, redesigned buildings and the revamped visuals.

Moreover, on top of the new features of New Erangel map, PUBG MOBILE's user interface and interactive experiences have been completely overhauled, in order to bring players a more concise and intuitive control experience. Emphasizing interactions, visuals, motions and sound effects, PUBG MOBILE launched the innovative multi-screen switching mode and re-organized the existing functions into pages, which players can see from the lobby. Games, community, and purchases have been separated into 3 different spaces, enabling quick and easy access for players, and creating a simple and clean interface, helping players quickly locate their required functions. In addition, players can customize their own layout, for more comfortable operations.

Bringing New Tech, New UX, and New Erangel to players, PUBG MOBILE is entering a “Beyond A.C.E.” new era that is to redefine mobile gaming. Stay tuned for the 1.0 version update on Sep 8 free on App Store and Google Play.