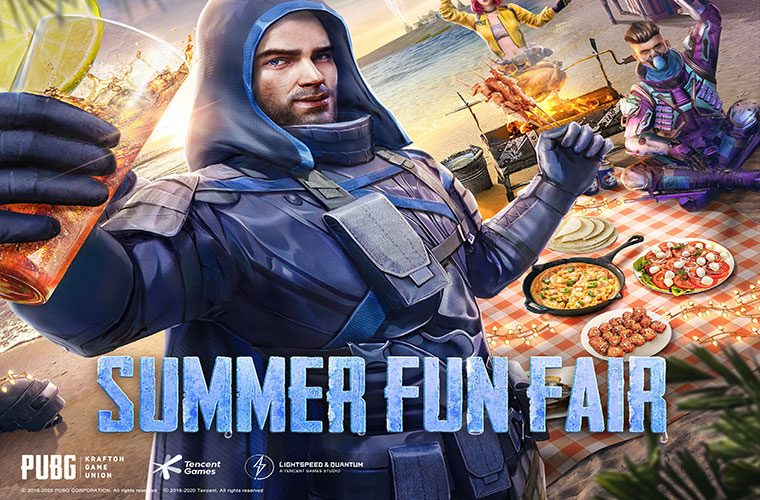 PUBG MOBILE is helping fans across the MENA region beat the heat and have fun while staying safe, with the launch of the PUBG MOBILE Summer Fun Fair. A first-of-its-kind for PUBG MOBILE, the MENA-region special event includes a host of in-game activities and live entertainment, to celebrate summer and keep PUBG MOBILE players entertained throughout August.

The fun kicked-off on August 12th, with an in-game mission: Fun Fair: Sara's Winner Competition. The Fun Fair has continued throughout the month, with an array of exciting activities including in-game missions, a Summer Fun Fair Content Creators Contest, and a special series of ‘unplugged’ concerts from some of the hottest upcoming bands and artists from Egypt, with more to come.

The Summer Fun Fair Content Creators Contest features some of the region’s top PUBG MOBILE fans, who are leading two hand-picked teams in a competitive tournament. With the contest kick-off on August 19th, the invitational contest features a total of 32 teams who will compete for the crown in two group brackets.

The top teams from each round will soon face off in the much-anticipated final stage, to decide the ultimate Content Creator Contest winner. The final contest will be available to view on the official PUBG MOBILE MENA YouTube channel. Tune-in live on August 27th at (6PM UTC+3), to cheer on your favorite team and celebrate the ultimate champion.

The Summer Fun Fair also featured a three-day extravaganza of exclusive concerts hosted by PUBG MOBILE for its fans. Featuring some of the biggest acts in Egypt’s music scene, star performances will include Sharmoofers, Massar Egbari, and Marwan Moussa, each playing a one-hour session of all the fan-favorites.

Free to view and open to all, the Unplugged series presented three individual acoustic sessions, recorded and streamed on August 21st, 22nd and 23rd. For those who missed it, be sure to tune in on PUBG MOBILE’s MENA YouTube and Facebook channels, to view the videos.

The sessions were hosted by actress and social media personality, Mayan El Sayed, who also be conducted interviews with each artist. The exclusive sessions were also be streamed, following the concerts, giving fans an insight into who they are off the stage.

The Summer Fun Fair is being held to bring exciting entertainment to PUBG MOBILE fans across the region. It is also an important continuation of PUBG MOBILE’s ongoing support for #PlayApartTogether, the World Health Organisation’s social distancing initiative. The initiative encourages people to respect movement restrictions, and instead to stay at home and to connect with one another through games.

Earlier this year, PUBG MOBILE held the “Chicken Dinner at Home” campaign, which featured events to support #PlayApartTogether. The Summer Fun Fair is intended to give fans a new reason to stay home this Summer and participate in the online fun.