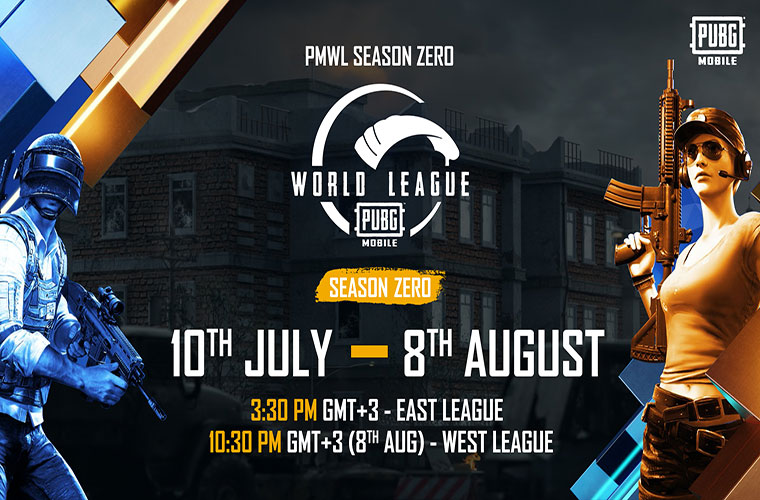 Designed to deliver a new global competition for players and fans, the one-off, online only, the special season is revealed with an adjusted format made up of East and West leagues.

Watch the PMWL Season Zero reveal here, and see a sneak peak of the PUBG MOBILE Esports Studio in Katowice, Poland created in partnership with ESL .

To be in with a chance to compete, teams can sign up for the PUBG MOBILE Club Open (PMCO) 2020 Fall Split, with registration started on June 24.

Doha, Qatar – June 30, 2020 – Ahead of the PUBG MOBILE Pro League (PMPL) South Asia Finals, James Yang, Director of Global Esports, PUBG MOBILE, has revealed the PUBG MOBILE World League Season Zero, a unique season created to deliver the best possible global competition in the current climate ahead. The online series offers an $850,000 prize pool and increases the number of team slots to 40, offering more teams than ever the chance to compete. It has also been revealed that the sign-ups for the PMCO 2020 Fall Split will be available from June 24 to July 12. Registration information can be found here.

PUBG MOBILE has also shared a new sneak peak of the PUBG MOBILE Esports Studio in Katowice, Poland created in partnership with ESL. The studio will become the home of offline matches when it’s safe to resume offline competition.

In response to COVID-19 and to ensure the health and safety of players and fans, PUBG MOBILE has moved the entirety of the PMPL Season 1 online, and delayed schedules to make these changes. PUBG MOBILE World League, the crowned jewel of the new competitive ecosystem has meant that PUBG MOBILE had to create something truly unique.