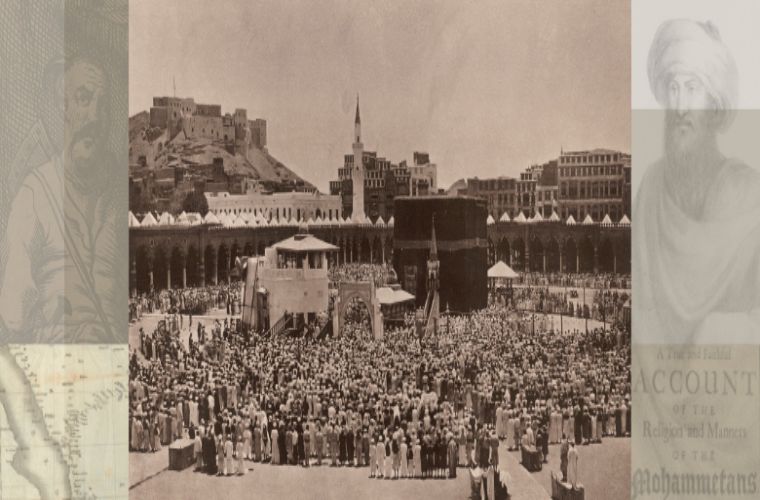 Doha, Qatar - May 2022: Qatar National Library hosted a lecture to shed light on its Heritage Library’s notable collection of rare books on Western travelers to the MENA region and the holy city of Mecca during the 17th-19th century.

The rare books, which provide insights into the city of Mecca, the religious pilgrimage itself, and the traditional customs of Arabia during that time, were the subject of a lecture by Yousef Al Ansari, Information Service Librarian at Qatar National Library on 23 May 2022. The event, ‘Western Travelogues to Mecca,’ offered key information about the culture of the people in Arabia and the political systems that governed the holy city at the time. It further showcased interesting early historical descriptions of Mecca and the rituals of Hajj they participated in.

Al Ansari said, “The travelers books are not only valuable because of their rarity but because they represent historical primary source works on how one culture perceived another culture at the time. That said, they also provide an important historical insight into the holy city of Mecca’s extraordinary history of traditional Arabian culture, the religious practices during Hajj, and the city’s ethos for those time periods mentioned.”

The lecture discussed how the holy city of Mecca was first described by Ludovico de Varthema of Bologna, known as Hajj Younes. He was the first European traveler to enter Mecca as a pilgrim in 1503 and to provide a complete, accurate description of the holy city. Joseph Pitts, a famous Englishman and explorer, is also widely considered to be one of the earliest Europeans in history to enter Mecca after Ludovico de Varthema. He is credited with the first written account of the pilgrimage from the western road to Morocco, through Egypt to Mecca.

The ‘Western Travelogues to Mecca’ lecture comes in the framework of the Library’s mission to preserve the nation's and region's heritage by developing innovative programs and services that are delivered in a trusted information environment and a technologically exceptional setting. For a complete list of events at the Library, please visit the Events page on the Library’s website (www.qnl.qa/en/events).