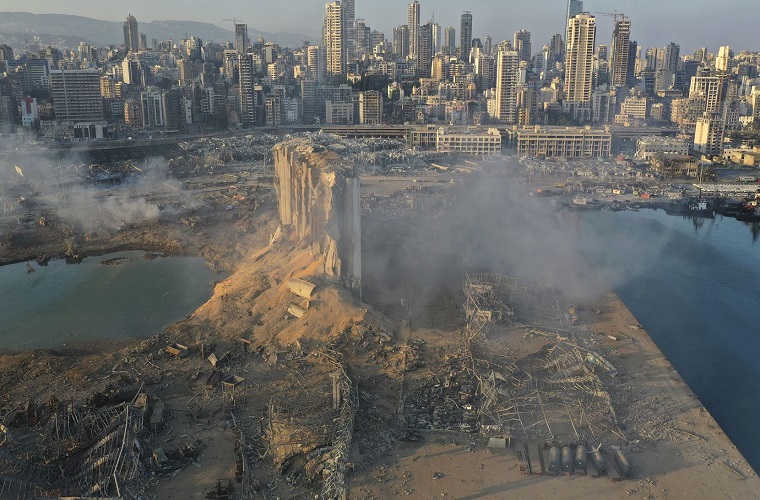 Qatar National Library received the news of the devastating explosion in Beirut that caused heavy human loss and enormous material and moral damage with great shock and sorrow.

The Library expresses its sincere condolences to the people of Lebanon for those who died in this tragedy. We also extend our prayers to God for the speedy recovery of the wounded and the safe return of the missing to their families. The Library also strongly supports the "Lebanon in Our Hearts" campaign launched by Qatari governmental and charitable institutions.

Doha shares Lebanon’s grief and affirms its confidence in the continuing cultural status of its sister city Beirut, which has a special place in the hearts of every Arab citizen. The contributions of Lebanese writers, poets, artists and thinkers are at the root of modern Arab culture. Lebanon's intellectual freedom made it a refuge from even the harshest conditions for oppressed voices that otherwise would have been silenced, and the world is a better place thanks to it.

Irreplaceable historical items in many Arab cities and towns have been subject to recent destruction and looting, and now more than ever we are all required to do everything in our power to preserve and protect this great heritage.

At the same time that the Library extends its deepest sympathies to the people of Lebanon, we also ring alarm bells to warn against the dangers to its architectural and documentary history, express our grave concern over threats to Beirut's heritage, and urge for the utmost efforts to conserve and preserve it.

The Library stands in solidarity with Lebanon, the National Library of Lebanon, and its other cultural and heritage institutions, and we stress that Lebanon is not alone in this ordeal. The Library has already opened communications with our Lebanese counterparts to express our readiness to provide all possible support to the National Library of Lebanon and other institutions.

We are offering the distinguished knowledge of our experts in the area of heritage preservation, some of whom are Lebanese citizens, to aid the efforts to protect the rich cultural heritage in Lebanon.

We are all confident in Lebanon’s ability to overcome this disaster and return to its historical role at the heart of Arab culture.

May God protect Lebanon and all countries from harm.