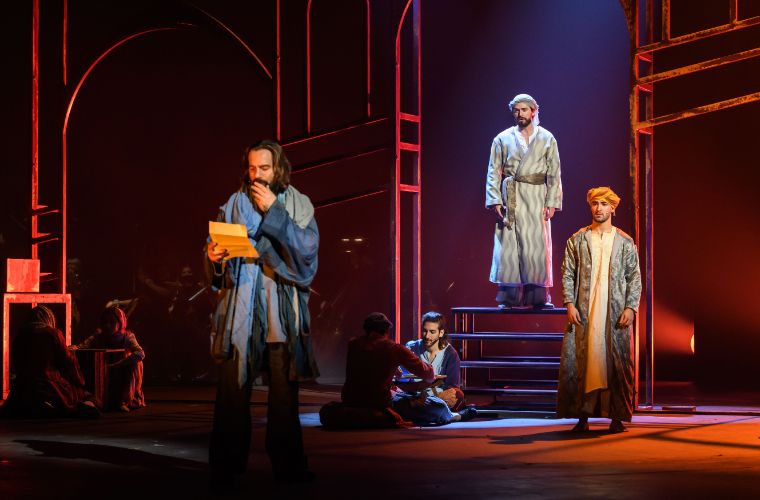 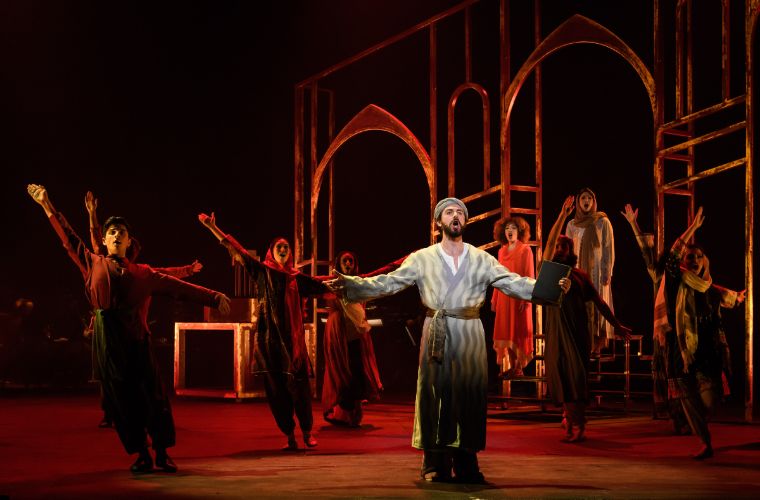 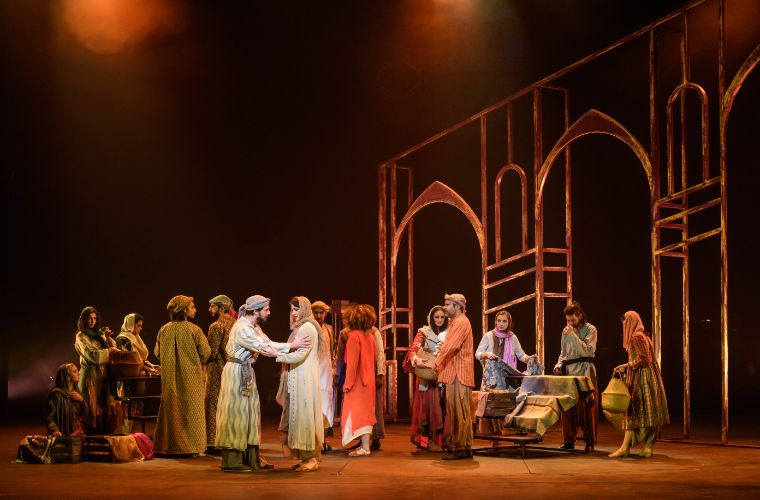 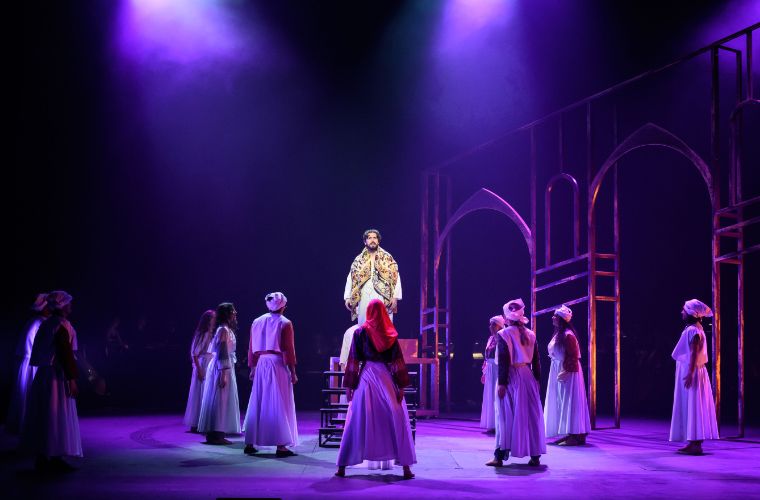 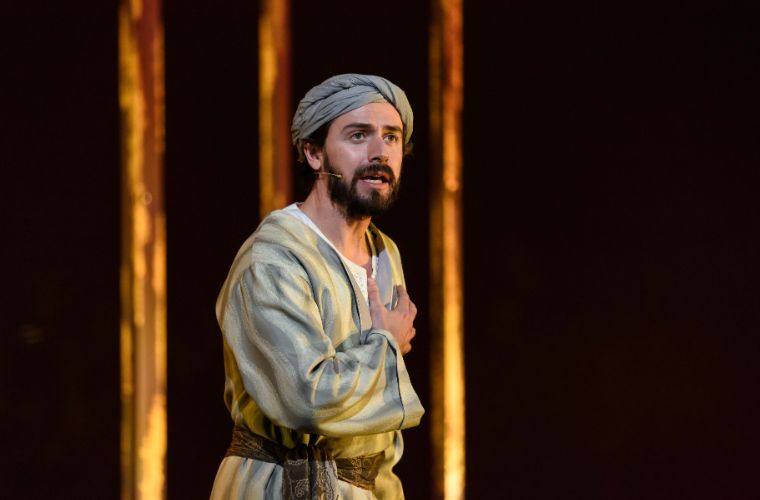 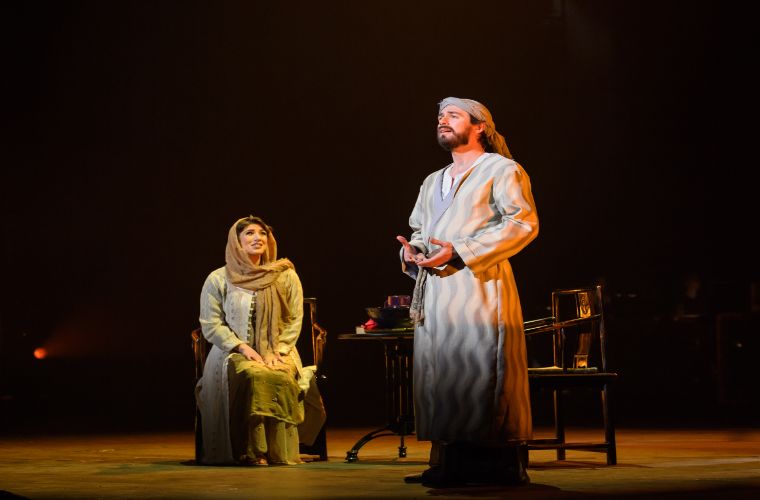 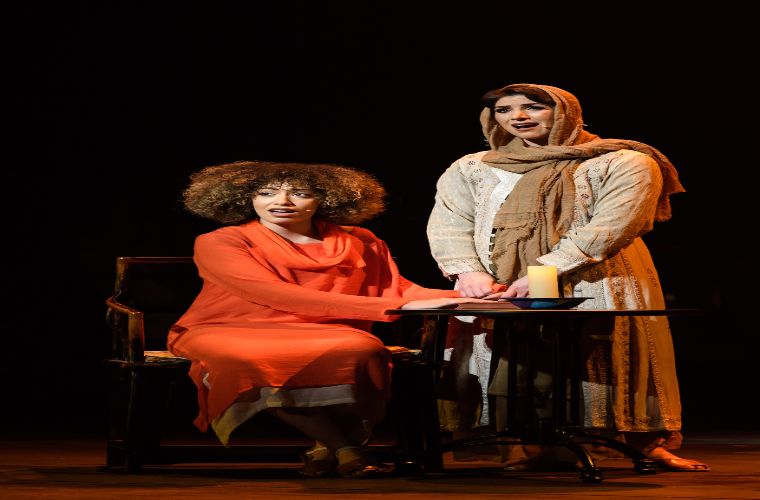 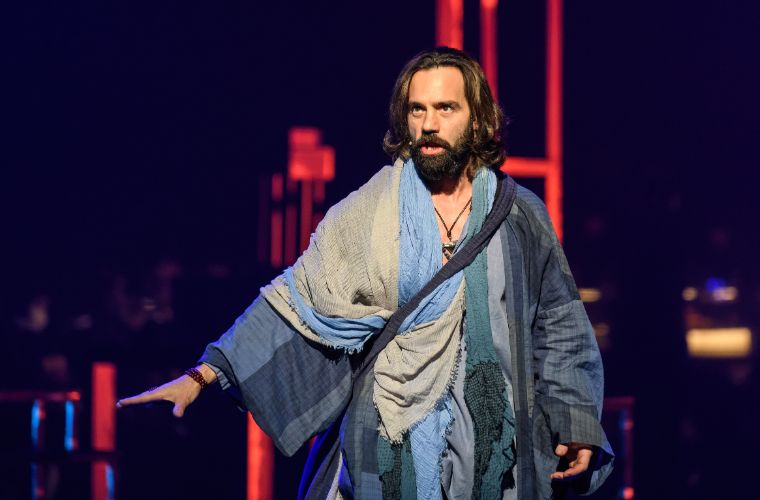 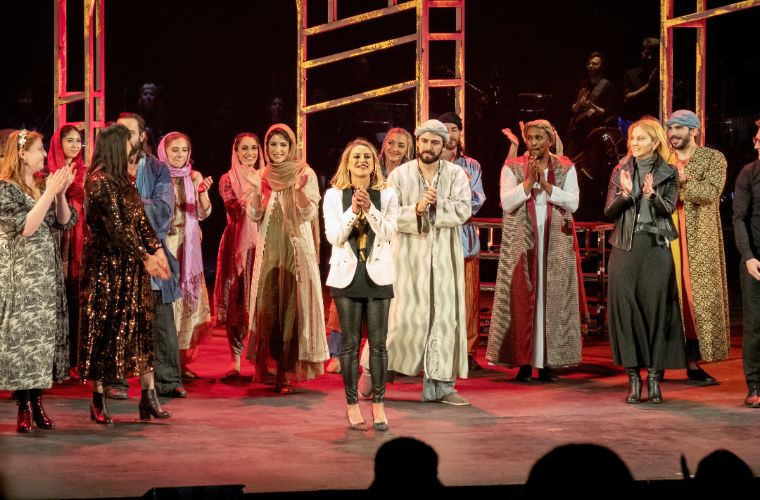 Rumi: The Musical, co-written by Qatari Contemporary Composer, Dana Al Fardan, and theatre star Nadim Naaman, had its dazzling and successful two-night world premiere at the London Coliseum where it captivated audiences with its pioneering cast and music

Doha, Qatar - December 2021: Taking over London’s West End for a two-night world premiere, Rumi: The Musical, opened to a full house and spectacular reviews at the distinguished London Coliseum. Co-created by renowned Qatari composer, songwriter and symphonic artist, Dana Al Fardan, and prominent British-Lebanese theatre actor, singer, and writer, Nadim Naaman, the musical was attended by the acting world’s most illustrious names as well as national arts and culture critics, journalists, and the general public.

Notable celebrities at the musical included Outlander star Sam Heughan, Little Women actor James Norton, Frozen the Musical lead Samantha Barks, and BBC radio and TV personality Tina Daheley, to name just a few. Taking place on November 23rd and 24th, Rumi: The Musical was a full-house, star-studded event on both nights. Furthermore, it pioneered one of the most diverse and inclusive casts in the history of the West End.

Described by Dress Circle Antics as: “A truly gorgeous musical, with music, lyrics and everything to match – a truly unforgettable theatrical experience,” Rumi: The Musical was produced by the acclaimed Ali Matar who joined highly-commended Director Bronagh Lagan in making this epic and moving musical come to life.

Based on a story about the 13th century philosopher and poet Jalal Eldin El Rumi by Evren Sharma, this is Dana and Nadim’s sophomore launch, and their second time bringing a Middle Eastern poet to the London stage. It follows their 2018 debut musical ‘Broken Wings’, which premiered in the West End’s Theatre Royal Haymarket before touring the Middle East.

The 18-strong trailblazing cast was comprised entirely of performers of Middle Eastern, North African and South Asian heritage. This reflection of their ties to the MENA region, and many of the countries through which Rumi had travelled himself, was part of Dana and Nadim’s answer to the calls for greater representation and diversity in the West End.

The cast was led by none other than Iranian-Canadian actor, singer and composer, Ramin Karimloo, who is a known force in theatre. His previous work includes The Phantom of the Opera and Les Misérables in Concert for both London’s West End and New York’s Broadway. Co-creator Nadim Naaman also starred in the musical and brings a wealth of theatre credits with him, including playing Raoul in Phantom of the Opera, Anthony in Sweeney Todd, and Prince Charming in Cinderella.

The powerful journey to discover the story of Rumi, whose legacy has inspired millions across the centuries and around the world, featured a commanding 29-piece orchestra conducted by the show’s masters in musical direction and supervision – husband and wife duo, Orchestrator and Arranger Joe Davison, and vocal arrangements specialist Nikki Davison.

The show featured a grand score that combined Middle Eastern authenticity with classical influences and contemporary musical theatre, with lyrics derived from Rumi’s poetry. The team’s compelling work truly left a mark, as the Musical Theatre Review praised the show, saying: “The score hooks you straight from the start - you are transported to The Middle East where classical influences and musical theatre meet head on, in spectacular fashion.”

Further Middle Eastern Musical Supervision was by Maias Alyamani and the enchanted choreography was implemented by movement extraordinaire Anjali Mehra.

In aligning the integrity with which Rumi is synonymous, the musical took Arabic heritage from the MENA region, straight to London’s West End, connecting the centuries-old relationship that the Middle East and the West have shared through various aspects of arts, travel, fashion, migration, and third culture talents such as those who eloquently and passionately took Rumi: The Musical from rehearsals to exceptional live shows.

More than anything, the musical’s success is confirmation of the shift in the lens through which the world views the Middle East, allowing actors in the diaspora to take control of their heritage and cultural narratives, and represent their own stories to dispel Western stereotypes of the MENA region.

Commemorating the musical’s astounding success, Dana Al Fardan said: “The universality of Rumi’s work is what drove our storytelling, and we wanted to reflect the authenticity of his own revered journey in our writing.

"We had been eagerly looking forward to the launch of Rumi: The Musical, as we had intensified our efforts to deliver a memorable show despite the challenges posed by the Covid-19 pandemic,” she continued. “To witness the musical, receive a standing ovation really exceeded all of our expectations. It truly captured the attention, feelings and emotions of the audience.

"We are committed to growing the success of Rumi: The Musical, as we plan to spread the magic of our theatrical performance across the MENA region in the near future and inspire the lovers of musical theatre with this touching story,” she said.

Nadim Naaman, co-writer and one of the leading actors in the musical, said: “Creating and performing in a musical such as Rumi: The Musical has been an incredibly meaningful experience. This musical is of significant importance, as it represents our region in the most authentic way possible.

“Portrayal of our region in the media has been misrepresented many times and we are excited to share stories from our region with a more honest interpretation,” he shared. “We have no doubt that the musical will continue to bring meaning to the lives of Art lovers across the globe.”

Set and Costume Design for the charmed musical was by Gregor Donnelly, with Lightning Design by Nic Farman, Sound Design by Simon Hendry and Video Design by Matt Powell. Further Creatives include Aran Cherkez as Assistant Director, Natalie Pound as Assistant Musical Director and Mark Samaras as Assistant Choreographer.

“Elegant, powerful and evocative music,” as described by the London Theatre Review, Rumi: The Musical was an amalgamation of the best in the industry. Its world premiere is followed by the release of a full-length concept album on Broadway Records.