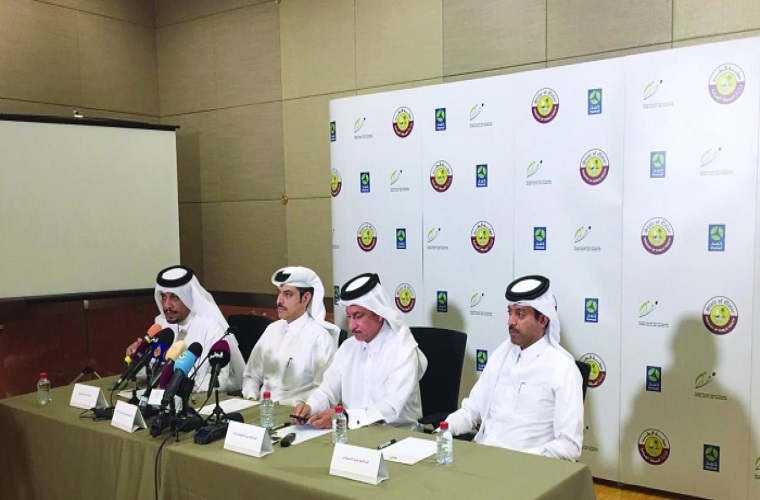 The sharp rise in confirmed coronavirus (COVID-19) cases is due to large number of laboratory tests being conducted now, a top Ministry of Public Health official has said.

The number of tests conducted in the past 24 hours has reached over 3,500 as compared to just 700-1,000 tests per day done before,” said Dr Abdullatif al Khal, Co-chair of the National Epidemic Preparation Committee, on Saturday.

He said the rise in cases was also due to the high rate of infection among arrivals from European countries and the US. Most of the returnees are Qataris who are subjected to quarantine, he added.

“We discovered a relatively large percentage of infections among the returnees ,” he said.

“All those in quarantine in hotels must take more precaution than they used to as each them may be infected in theory,” he said, adding that “everyone should be more careful.”

Dr Khal said the possibility of the virus remaining suspended in the air under normal conditions is very low.

“If someone enters a room, coughs or sneezes, the virus may remain suspended in the air for hours as per an experiment conducted by an American university where the virus, which was artificially transmitted, was found in the air after three hours,” he said.

Dr Khal, however, said the experiment used large quantities of spray contaminated with the virus, much larger than the amount an average person can transmit in the event of sneezing or coughing.

“The possibility of the virus remaining suspended in the air may be weak, but what is more important is that the infection can occur by coming close to an infected person,” he said, adding that even if the person is asymptomatic he can still infect others through the particles released while talking or sneezing.

Dr Khal said social distancing among people must be of two metres to avoid any kind of infection. It is essential to avoid touching contaminated surfaces, he added.

He said as for cases that do not show any symptoms and do not have chronic diseases such as heart disease and respiratory illnesses no medication is given and medical staff are satisfied with observing them.

For cases that have high risk factors, certain treatments are usually given, especially two types of medications -- hydroxychlorphen and azithromycin.

“But if the case is severe and lung inflammation has occurred, we will add two additional medicines -- oseltamivir lopinavir and ritonavir. If the condition was more severe, then other types of medicines will be added,” he said.

“Most of the epidemiological studies conducted in China indicate that majority of the cases show symptoms within five days on an average, and generally between 2 to 10 days, and in a small percentage symptoms appear after 10 days. But certainly in all cases, symptoms appear within two weeks of exposure to infection,” he noted.

Dr Khal said there are cases that do not show any symptoms, but they are still infectious for others. “That percentage is not known precisely because the Chinese study focused on those who have symptoms.”

At present, he said, the best thing that can be done is to detect cases early, isolate them quickly and give treatment if the need arises.

He said failure to adhere to home or hotel quarantine has a very big role in spreading the virus in Qatar and this poses a major risk to the infected person as well as others.

“The virus may cause severe infection and we have cases where young people are in intensive care,” he said.

He called on all people to strictly adhere to the quarantine instructions.

Dr Khal pointed out that there are more than 40 vaccines under trial around the world.

“I invite all those who recovered in Qatar, if we communicate with them, to cooperate and to donate plasma to give be given to patients with severe cases,” he said.