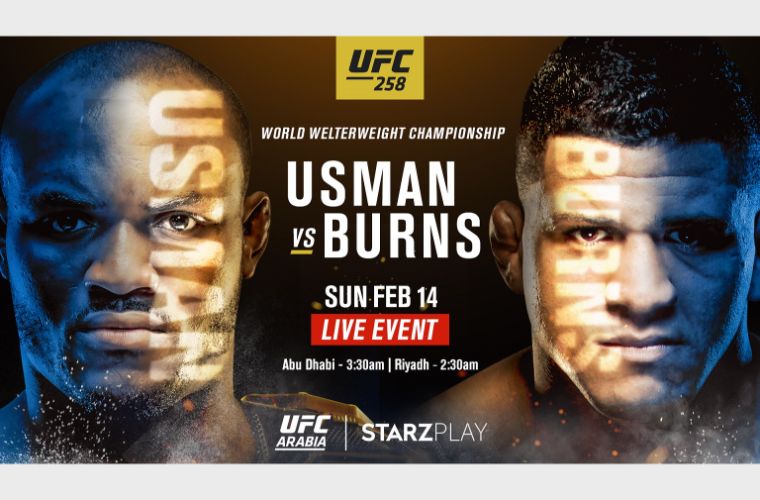 The Octagon returns with an exciting bout, watch all the action live on STARZPLAY


2021 kicked off with a smashing start with the much-awaited bout between Conor McGregor and Dustin Poirier, where the former suffered defeat at UFC 257. The action however continues and there is plenty more.

Action thirsty UFC fans who have been enjoying the fights, gear up for more sizzling MMA action with more fights in the pipeline. Coming up is UFC welterweight champion Kamaru Usman who will finally lock horns with No. 1 ranked welterweight Gilbert 'Durinho' Burns at UFC 258 on February 14. The event will be live streamed on STARZPLAY starting from 3:30  AM GST.

Dominant UFC welterweight champion Usman will face his former teammate Burns in the main event of UFC 258. Both Usman and Burns were teammates at Sanford MMA and have trained with each other on many occasions.

UFC enthusiasts in the MENA region can watch all the action on STARZPLAY, the region’s fastest-growing subscription video on-demand service, as the platform will be airing these live events. Sit back and enjoy all the action at the comfort and safety of your homes anytime, anywhere and from any device.

Fans can enjoy the thrilling battles via UFC Arabia on STARZPLAY for just AED/SAR 18.99, in addition to existing subscription packages. Download STARZPLAY via respective iOS and Android app stores.