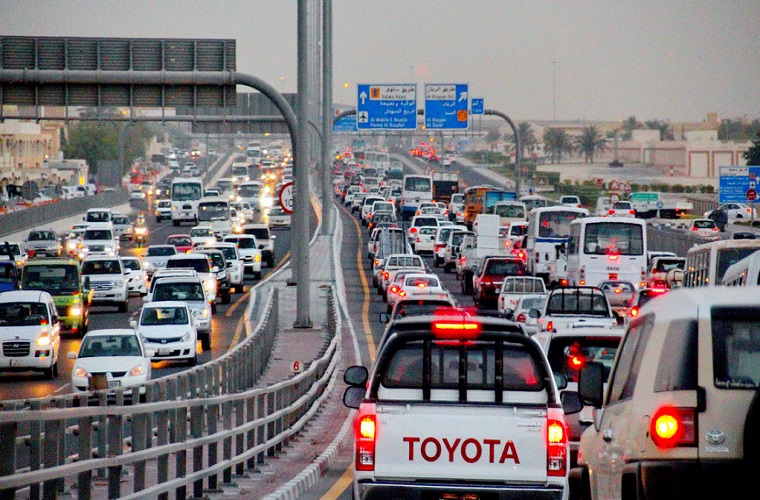 The General Directorate of Traffic has launched a campaign to control serious violations aiming at reducing wrong traffic behaviour and enhancing safety and security requirements on the road to save lives and properties.

The Directorate used to organize this campaign annually during the holy Ramadan to control the most common traffic violations, as part of its efforts to achieve the highest levels of road safety and reduce accidents, deaths and severe injuries resulting from them.

The campaign focuses on some traffic violations, including vehicles that make loud noises and bothering people, especially in residential neighbourhoods, as people are committed to stay home to limit the spread of the Coronavirus (Covid-19).

The campaign also works to control other serious violations that harm the driver and road users, such as road racing, reckless driving, and other such violations, and take all legal measures towards the traffic offenders.

Traffic Investigations Department's First Lieutenant Saad Talal Al Rumaihi explained that the procedures followed regarding violators are to impound the vehicle used for reckless driving, driving the vehicle on two wheels and racing and transfer the driver to the Public Prosecution to complete the legal procedures.

He pointed to dozens of vehicles detained in the framework of this campaign as a result of serious traffic violations. He said that the traffic patrols are spread in all internal and external roads, with a focus on some areas where there are many complaints by the people.

He stressed that the General Traffic Department is working around the clock to receive complaints and reports from the public, calling on everyone to communicate through the contact numbers and to immediately report any wrong traffic behavior.

The Department called on vehicle drivers to adhere to traffic rules, stressing the importance of safe driving in order to preserve lives and property during the holy month, and to reduce serious traffic accidents that cause deaths and severe injuries.

It also calls for the need to adhere to the precautionary measures to limit the spread of the Coronavirus and the obligation to stay at home and not to leave it except in cases of extreme necessity.