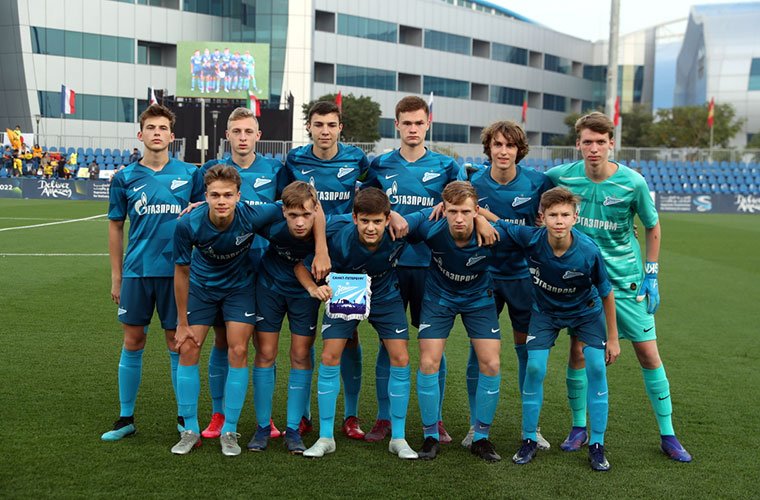 Zenit Sign off in Style as They Hammer Seven Past Kashiwa

FC Zenit made light work of defeating Kashiwa Reysol thanks to a hat-trick by Igor Kozlov who moved to the top of the Al Kass International Cup goalscoring charts.

Zenit doubled their advantage on seven minutes and again it was Kozlov who found the net. Player of the Match Evgenii Pshennikov provided a quality cross but Takumi Itoh should have kept out Kozlov’s angled drive.

Zenit added a third in the final minute of the half when Kozlov beat Isshin Takizawa and crossed for Evgenii Tonevitskii to send a perfectly placed header inside the post.

Kovlov completed his hat-trick and became the leading scorer in the tournament on 53 minutes. Nikita Luzan’s cross was flicked on by Belokhonov and Kozlov stooped to head home. That was one of his last touches of the competition as he was taken off minutes later, much to the relief of the tiring Kashiwa defence.

The Japanese side did grab a consolation goal on 72 minutes when skillful midfielder Takamu Nakamura found Ota Yamamoto whose shot went in off the post.

Zenit responded by scoring twice in the space of five minutes, Nikita Vershinin firing in off the bar on 75 minutes and Pshennikov making it 6-1 two minutes later.

There was still time for a last-minute goal from Belokhonov who netted from close range after a fine cross by Luzan. It was the second time in the tournament that Kashiwa had conceded seven goals, having lost 7-0 to Real Madrid in the quarter-finals.