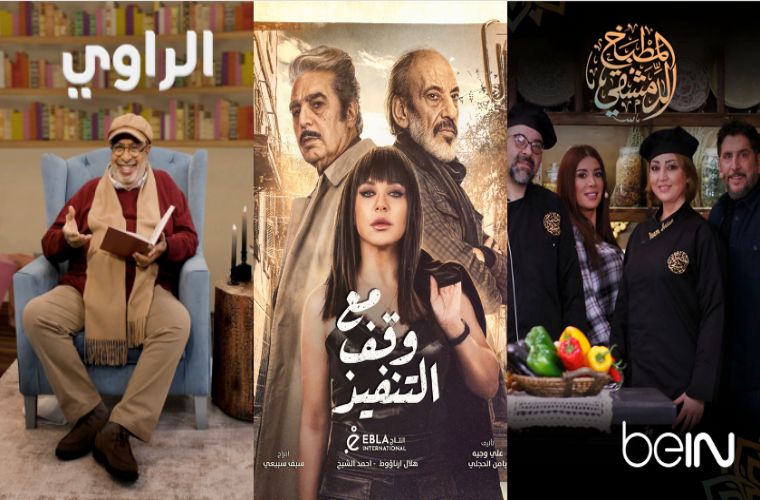 Doha, Qatar : beIN MEDIA GROUP (“beIN”), the global sports and entertainment broadcaster, invites its audience across all 24 countries in the Middle East and North Africa (MENA) to bring their families closer together this holy month of Ramadan by enjoying an exceptional lineup of entertainment programming. beIN’s specially curated content lineup ranges from new and original drama series to mouthwatering cookery how-tos and educational kids’ content. All the below timings follow MECCA, with each show airing daily on the respective channels.

Make sure not to miss out on Maa Wakf Athanfeeth, over on beIN DRAMA 1 at 19:00 - an emotional Syrian drama series showcasing the lives of those who journeyed back home after many years of war. On the same channel, Syrian drama enthusiasts can also indulge in Wled El Balad at 21:00, a brand-new original series from beIN - watch as a group of men, united by courage, try to re-gather themselves under the leadership of their exiled and ashamed leader. Directly after at 22:00, catch Kuwaiti drama Nesaa Kolna Laa, another new beIN original production, telling the stories of various women who were able to end the suffering and abuse faced in their harsh societies.

For those who enjoy cookery shows, especially in Ramadan, then be sure not to miss all that’s on offer on beIN’s two dedicated food channels, beIN GOURMET and Fatafeat. See the wonders of Syria’s capital with Al Matbakh Addemashqui at 12:00 on beIN GOURMET, taking viewers on a captivating journey through the city’s landmarks, culture, and, of course, delicious cuisine. On the same channel at 13:30, back for a second season, Al Dar Al Kabira will host a special guest every show, rustling up culinary delights for you to enjoy and try at home. In addition, Fatafeat will premiere its two new shows - the return of Lahme w Bas (12:00 every Monday, Wednesday, and Friday) with Chef Mohammed Orfali, and Ajeen w T’heen (12:00 every Sunday, Tuesday, and Thursday), introducing popular celebrity Chef Chahrazad.

beIN’s younger audience can enjoy Al Rawi on Baraem from 15:45 with a daily dose of inspirational storytelling. Lastly, on beIN’s Jeem channel from 19:30, Tijan Al Noor will air for its 10th season to date, with kids from around the world competing on their Qu’ran recital.

Subscribers can now watch beIN originals before they are premiered on beIN ON DEMAND, available in the Ramadan folder with many other drama series and cooking shows also made available after they have aired on the respective channels.