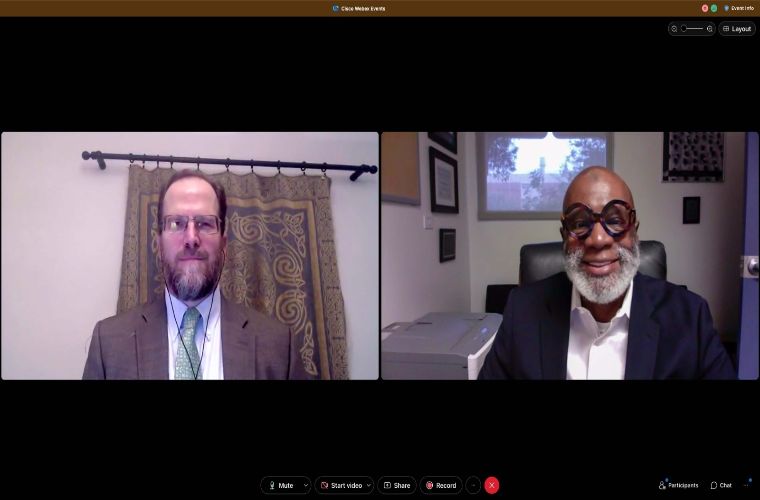 Dr. Jackson holds the King Faisal Chair of Islamic Thought and Culture at USC. He has been named among the world’s 500 most influential Muslims by The Royal Islamic Strategic Studies Centre for his impact on international research. The lecture on December 1 gathered faculty, graduate students, and guests to engage with him in a challenging conversation about the ‘Islamic secular’ - a term he uses to encompass areas of human endeavor that remain perfectly within the scope of Islam as a religion, but whose substantive content is not determined by Shari’a.

In his talk, Dr. Jackson built on his distinguished body of academic writing, which makes the argument for Muslims to consider engaging with the Islamic secular to be as religiously valuable as implementing Shari’a. He also encouraged discussion as he explored ideas from his forthcoming book, “Beyond Good and Evil: Shari'a and the Challenge of the Islamic Secular.”

Speaking after the lecture, Dr. Joseph Lumbard, Associate Professor of Quranic Studies at CIS, said: “It was an honor to host Professor Sherman Jackson and have him share his work and ideas that have uniquely contributed to the development of influential scholarship concerning Islam and Muslim practice in modern, secular societies. His lecture has triggered meaningful discussions that will surely continue in our classrooms and beyond. This event underscores the vital function of CIS in providing a venue for global thought leaders to share their perspectives and maintaining a space for intellectual and cultural dialogue regarding Islamic thought and practice in the contemporary world.”

For more information on the work of the College of Islamic Studies, please visit cis.hbku.edu.qa