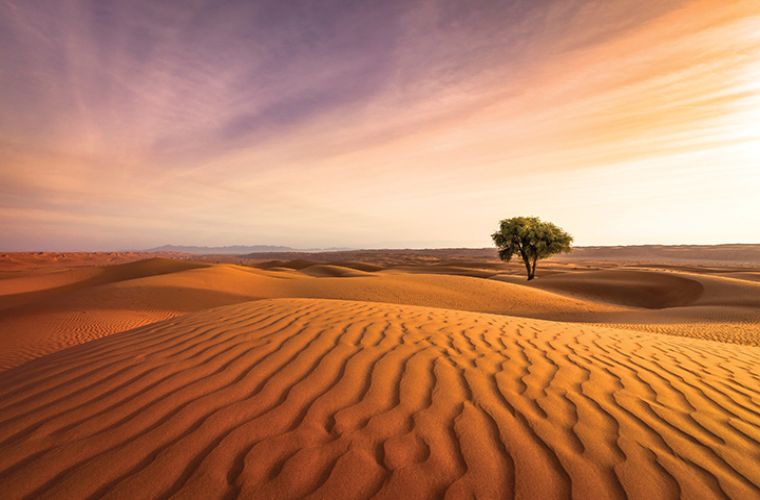 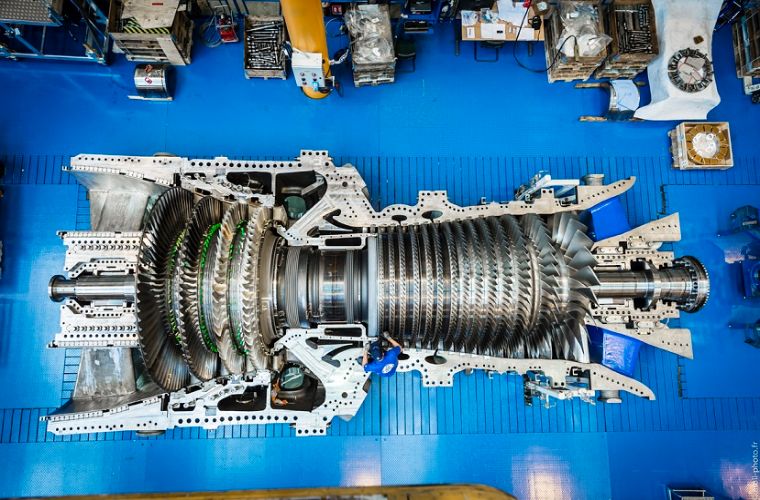 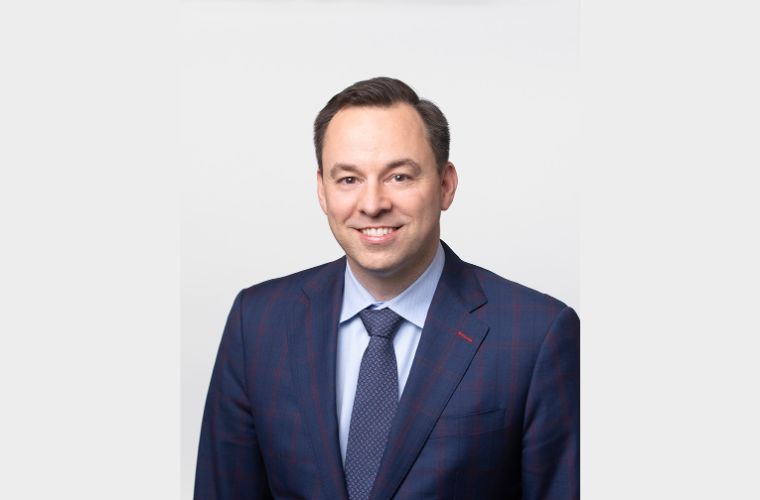 Meeting The Climate Crisis: The GCC can be a global leader in the Decarbonization of Power

Global economic recovery in the wake of the COVID-19 pandemic is fueling demand for electricity. At the same time, the call – and commitment - from civil society, governments, and corporations for more immediate and decisive actions to meet the climate challenge has intensified and continues to as global leaders converge at the COP26 meeting in Glasgow.

This will require particular focus on the role of the power sector, which represents approximately 40 percent of global carbon emissions, and where emissions are likely to grow further for two key reasons. First, as the International Energy Agency (IEA) stated in a recent report, up to 785 million people lack reliable access to power worldwide. They need electricity to enable and enhance economic development. Second, electrification is a core principle of decarbonization, especially in high carbon-emitting sectors like transportation, heavy industry, and heating, so even more areas of economic activity are likely to be powered by electricity in the future. As a result, to secure gains for climate efforts, the electricity behind such efforts must first be decarbonized.

“Countries working to evolve their power sectors need to simultaneously balance energy availability and affordability, with the expansion of more sustainable, lower-carbon energy systems. Accomplishing that requires a broad mix of technologies, with a particular focus on renewables and natural gas,” says Scott Strazik, CEO of GE Power.

The Gulf Cooperation Council (GCC) states of Bahrain, Kuwait, Oman, Qatar, Saudi Arabia, and the United Arab Emirates (UAE) are well-positioned to take a leading role on actions to address this energy trilemma. A recent white paper by GE, Pathways to Faster Decarbonization in the GCC’s Power Sector, outlines how they can do so through the strategic and urgent deployment of renewables and gas, while transitioning away from liquid fuels.

These solutions were discussed at the GE-sponsored webinar Energy Pathways: Towards a Low-Carbon Future in the GCC, where the following speakers addressed attendees: HRH Prince Abdulaziz bin Salman Al-Saud, Minister of Energy of the Kingdom of Saudi Arabia; Jean-Marie Dauger, Chair of the World Energy Council; Scott Strazik, CEO of GE Power; Lina Osman, Regional Head of Sustainable Finance for the Middle East & Africa at Standard Chartered; and Craig O’Connor, Renewable Energy and Environmental Exports Officer at the US EXIM Bank.

RESPONDING TO THE URGENCY

The GCC countries are among the highest per capita consumers of electricity in the world, ranging from 103 percent to 430 percent above the global average of 3.5 megawatt hours (MWh) per capita. This is driven by various elements, including the need for power for cooling and seawater desalination, a significant proportion of liquid fuels in the energy mix, the presence of energy-intensive industries such as smelters, petrochemicals, and cement in the region, as well as other factors. Moreover, peak electricity demand is expected to increase by up to 7.5 percent compound annual growth rate (CAGR), driven by factors such as population, industrial, and infrastructure growth, from the current 122 gigawatts (GW) to over 250 GW in 2030. This creates the additional challenge of reducing carbon emissions, while producing more electricity in the years ahead.

The region is committed to a cleaner energy future, with ambitious new climate targets announced recently by several countries in the GCC, including pledges by the UAE to achieve net-zero carbon emissions by 2050, and by Saudi Arabia and Bahrain to achieve the same by 2060.

There can be no doubt about the need to increase investments in renewable energy to meet these goals. Renewables grew at a rapid 69 percent CAGR during 2015–2020 across the GCC but remained at a relatively low absolute total of 2.4 GW at the end of this period. Decreasing costs and technological advancements are increasing the feasibility of installing solar and wind power solutions at scale across the region and these advances are imperative.

However, with battery energy storage solutions still not competitive on a levelized cost of storage basis for durations greater than 8 hours, renewables alone are not enough. Gas turbines can play a crucial role in stabilizing the grid in an energy sector dominated by renewables, flexibly ramping power output up or down to meet changes in solar and wind power supplies. Gas also has the lowest carbon emissions of traditional fossil fuel based power generation.

“Switching from liquid fuels - which accounted for up to a third of installed power generation capacity in the GCC in 2019 - to a mix of renewables and gas power, can lead to quick and significant reductions in carbon emissions, while providing dependable electricity supplies,” explains Strazik. For example, power generated by high-efficiency, H-class gas turbines operating in combined cycle configuration can lead to as high as a two-thirds reduction in carbon dioxide emissions intensity per MWh of electricity generated compared to liquid fuel steam power plants.

Other opportunities to quickly boost power output without a commensurate increase in carbon emissions include converting simple-cycle gas turbines to a combined cycle configuration and upgrading existing assets. GE estimates that there is up to 57 GW of generation capacity in simple cycle mode across the GCC at present. Converting just 25 percent of this capacity to combined cycle would avoid as much as 30 million tons of carbon dioxide emissions annually, or the equivalent of taking 7.5 million cars off the roads. These conversions can take as little as 16 months and increase a plant’s power output by as much as 50 percent - without an increase in emissions.

Additionally, gas turbine upgrades such as GE’s Advanced Gas Path (AGP) solution can enhance the output, efficiency, flexibility, and availability of gas turbines, while reducing environmental impact. In Qatar, the AGP solution is being installed on four 9F gas turbines at a smelter. It is expected to help increase their power output by up to 96.7 megawatts (MW) in total and to reduce carbon dioxide emissions for the same level of power output by up to 67,000 tons annually.

SCALING UP FOR THE FUTURE

Gas turbines are not just a transition technology; they are a destination technology that can play a significant role in the near-zero carbon economy of the future through pathways provided by hydrogen and carbon capture, utilization, and sequestration (CCUS) technologies. Building a gas power plant today does not necessarily lock in carbon emissions at the original level for the life of the project.

Blue and green hydrogen projects have been announced across the GCC, including in Saudi Arabia, the UAE, and Qatar. With large hydrocarbon reserves, depleted oil and gas reservoirs to safely store carbon, sea water access, and tremendous renewable energy potential, the region is well-positioned to be a global leader in the production of low-carbon hydrogen that could be used on its own or blended with natural gas to fuel new power plants or retrofitted facilities. Hydrogen is already being used for power generation, with more than 100 GE gas turbines having operated on fuels that contain hydrogen, accumulating more than 8 million operating hours globally.

CCUS solutions are also being deployed in the GCC, most notably in industrial settings such as in the oil and gas sector. By adding CCUS technologies to gas-fired power plants, firm, on-demand electricity can be produced with very low carbon emissions.

“Both of these technologies need to mature to attain the scale and cost competitiveness that will help contribute to a zero-carbon landscape. GE is investing in research and partnerships to make that happen,” Strazik adds.

Beyond a reassessment of the appropriate fuel mix and various power generation solutions, decarbonizing the GCC’s power sector will require strengthening grid transmission and distribution systems, and introducing new digital solutions to improve connectivity, visibility, reliability, and flexibility as more variable power sources come online. As explained in GE’s white paper, further incentives and policies to improve energy efficiency and decrease power consumption will need to be rolled out. Continued access to appropriate financing will also be critical to enable the region’s energy transition. This will require funding from beyond state resources, potentially including public-private partnerships, sukuk-backed projects, export credit agencies, and other means.

Balancing affordable, reliable, and sustainable energy will require many different technologies, fuels, and approaches. However, as Strazik states, what needs to remain universal among countries around the world, is a shared commitment to act today with the solutions available at present, and not years from now.

“By moving forward with determination today, we can meet our global climate goals, ensure energy access for all, provide the power necessary to drive strong economic growth, and leave behind a world that is safe and sustainable for our children, and the generations to follow them,” says Strazik.