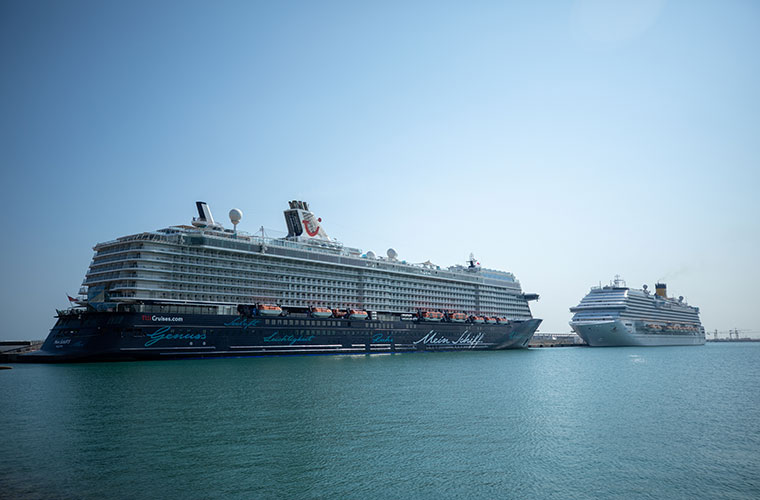 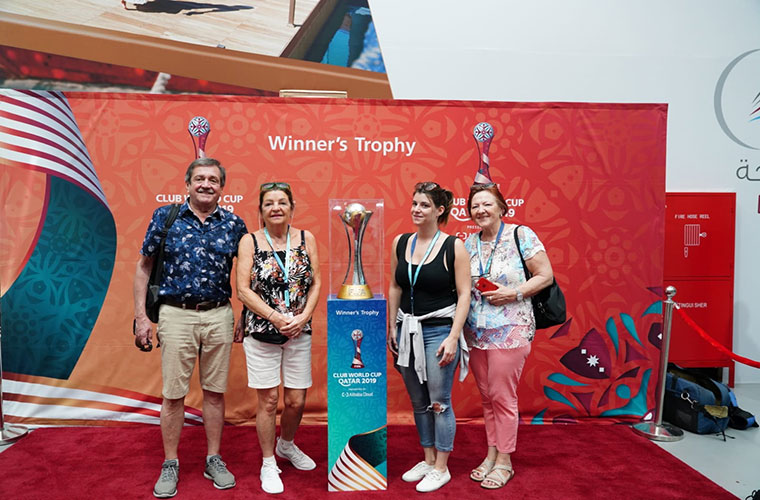 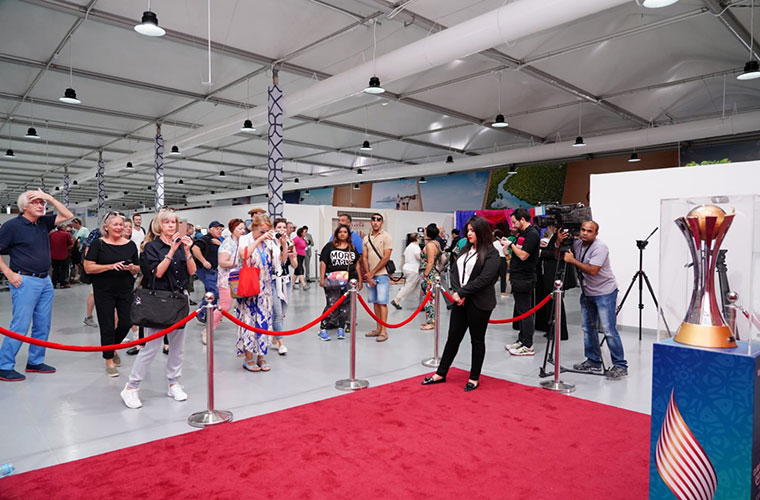 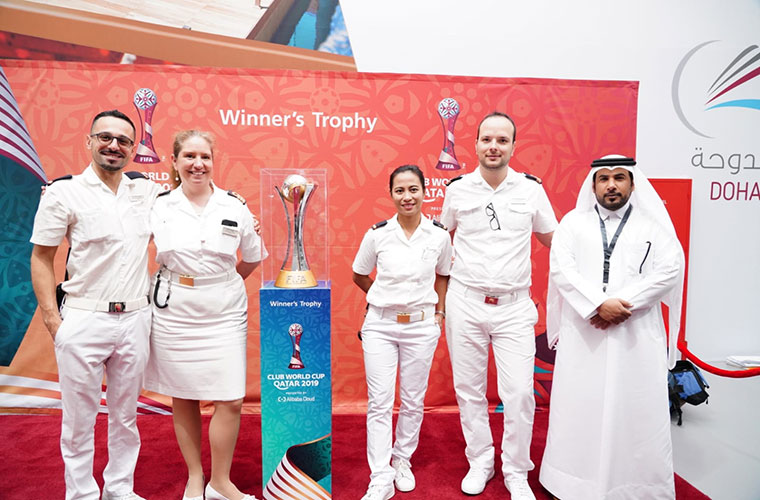 The FIFA Club World Cup Qatar 2019 trophy arrived at Doha Port as part of the promotion for the upcoming tournament, which Qatar hosts for the first time between 11 and 21 December. More than 8000 passengers arriving on board megaships Costa Diadema and Mein Schiff 5 had a chance to view the trophy and take photos with it at the start of their visit to Doha.

The trophy visited Doha Port as part of a tour organized by the Local Organizing Committee. The tour started in November from Souq Waqif and will continue until the tournament kicks off, making stops at various other landmarks including foreign embassies, Darb Al Sai, and a number of stadia.
Costa Diadema docked at Doha Port for the second of 16 turnaround calls that the dream-class cruise liner will be making during the 2019-20 Season. Meanwhile Mein Schiff 5 arrived for the fourth of 10 scheduled visits this season. This is the first of seven times the two ships arrive on the same day during this season.
Qatar is hosting several major sporting, entertainment, and musical events this December, with the Arabian Gulf Cup concluding on 8 December and the FIFA Club World Cup taking place between 11 and 21 December. Other exciting events include the first Hot Air Balloon Festival, a series of concerts featuring Arab and international stars including Cheb Khaled, Katy Perry, Maroon 5, and Maluma.