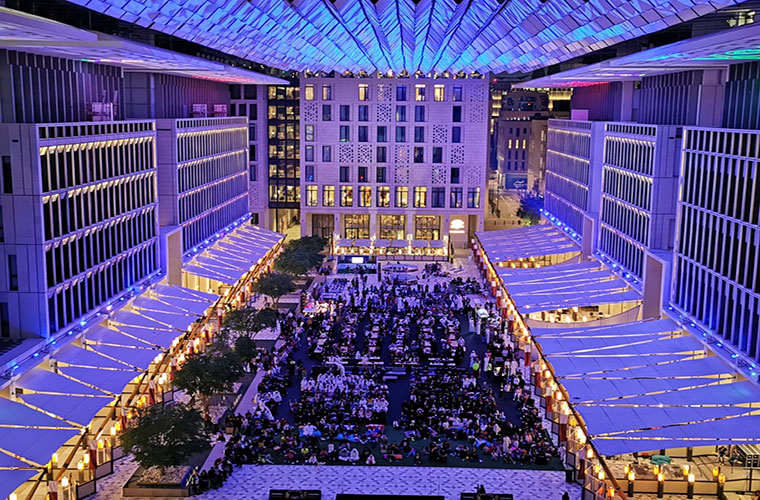 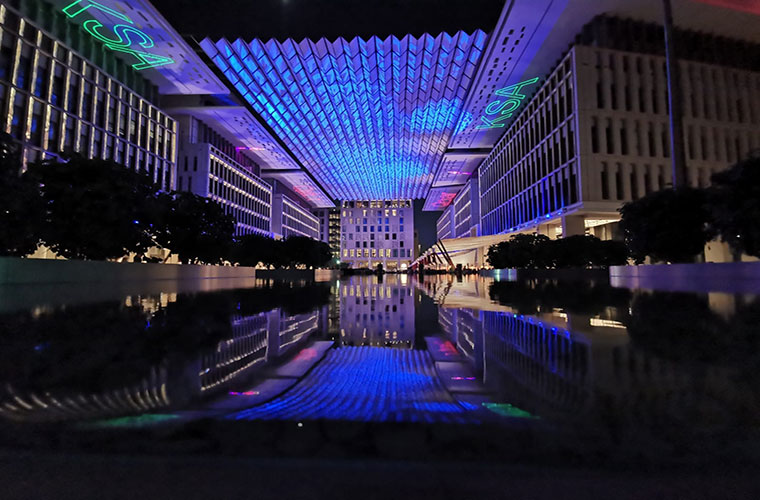 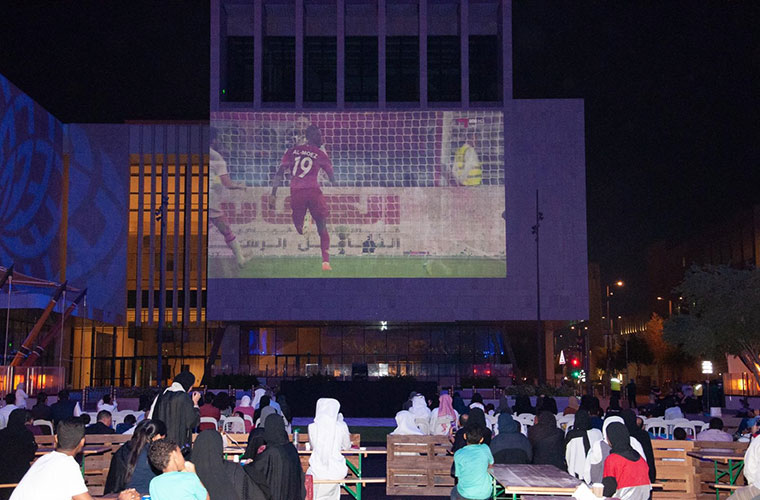 Msheireb Properties, the national real estate developer and a subsidiary of Qatar Foundation, hosted a football Fanzone in Barahat Msheireb, the heart of their iconic development, Msheireb Downtown Doha.
The Fanzone had one of the largest projected screens in Doha, allowing visitors to watch the 24th Arabian Gulf Cup matches under the beautifully lit canopy of the largest outdoor covered square in the Middle East, Barahat Msheireb.
The Fanzone saw a huge number of supporters enthusiastically cheer on the Qatar National Team and follow the exciting events of the games.
Children had fun with the activities in the Kids’ Zone, as everyone relaxed in the comfortable seating area laid out before the gigantic screen, enjoying the weather, the excitement, and the variety of delights offered at the food and beverage stalls.
Barahat Msheireb is a meeting point for visitors as well as residents and will be active with street entertainment as well as seasonal and community events. The square is anchored by the Cultural Forum to the east and the world-renowned Mandarin Oriental hotel to the west. The square provides its own central lighting and sound system under a beautifully designed canopy, providing the perfect setting to watch the footbal4l matches.
Msheireb Downtown Doha is the world’s first sustainable downtown regeneration project, which revives the old commercial district with a new architectural language that is modern, yet inspired by traditional Qatari heritage and architecture. Situated in the heart of Doha, Msheireb Downtown Doha is easily accessible with Doha Metro’s largest station, Msheireb Station, and a connecting underground access to Souq Waqif, Qatar’s number one tourist destination.