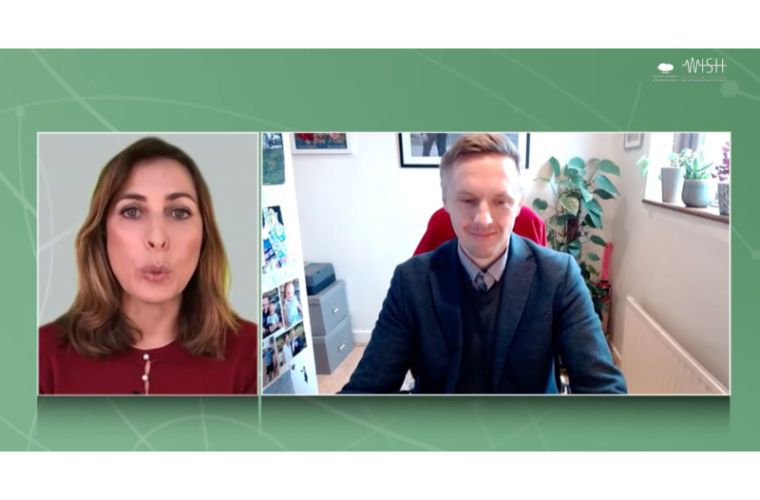 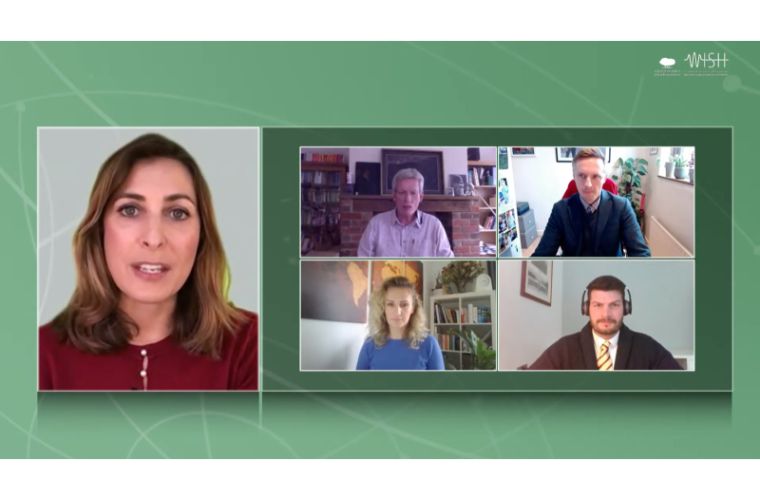 Experts discuss the plight of children in conflict areas

Commissioned by the World Innovation Summit for Health (WISH), the French translation of the world’s first paediatric blast injury field manual was formally launched during a virtual event discussion titled The Children of the Frontline at WISH 2020.

The invaluable manual, produced by the UK-based Save The Children charity in partnership with Imperial College London, was translated into French by the Translation and Interpreting Institute (TII) at Hamad Bin Khalifa University’s College of Humanities and Social Sciences.

Last year, WISH worked with Save The Children and TII to produce the first Arabic-language version of the manual, which is proving to be essential for medics working in conflict and post-conflict settings as they try to repair the damage done to children severely injured after stepping on landmines or being injured by bombs.

Commenting on the latest version of the manual, WISH Director of Partnerships and Outreach, Nick Bradshaw, said: “Hundreds of civilians, including a horrifically high number of children, fall victim to explosive war weapons, leaving irreversible damage. While it is evident that much still needs to be done to protect the vulnerable in armed conflicts, I hope this new translation of the Paediatric Blast Injury Field Manual reaches those who need the extremely specific information that the manual provides and can serve as an instrument that can help save lives.”

The panel discussion at WISH 2020, which was organized in partnership with Save the Children, explored some of the latest trends in providing healthcare for children in conflict and looked into the new political declaration, led by Ireland, to address the humanitarian harm caused by explosive weapons in conflict.

James Denselow, Head of Conflict Team at Save the Children, said: “The field manual is a comprehensive guide to local non-pediatric specialists who are often forced to operate and treat children with blast injuries, with little or no previous experience or training. It provides healthcare workers in conflict setting with knowledge and practical advice on the entire continued care, from injury treatment to rehabilitation and mental health support.”

The manual is now in the hands of medics in 12 conflict-affected countries and has been translated into five languages.

Commenting on translating the manual into two languages, Nada Al-Mahmeed, Director of the Translation and Training Center at TII, said: “At the college and TII, we always strive to positively contribute towards social justice, and our translation services at the Translation and Training Center is not an exception. By joining forces with WISH, Save the Children, and Imperial College London, it’s an honor for us to have translated the Paediatric Blast Injury Field Manual into French; and into Arabic back in 2019. Without doubt, the availability of the manual in multiple languages will support healthcare workers in providing emergency care and saving valuable young lives in conflict zones.”

In the five deadliest conflicts for children in 2017, Save the Children analysis of United Nations data shows nearly three-quarters of all child casualties were caused by explosive weapons. Since the UN started tracking numbers of grave violations against children fourteen years ago, more than 100,000 children have been killed and maimed in conflicts around the world.

Alma Al Osta, Protection of Civilians Advocacy Manager, Humanity & Inclusion, said: “There are various legal instruments imposing frameworks that are calling for the protection of civilians in conflict. In our view, there is a need to strengthen the protection of civilians. Use of heavy weapons in populated areas is a major humanitarian problem which causes a distinct pattern that is recurring in almost all conflict areas in the world.”

In a sobering assessment, she said that the devastating impact of heavy explosive weapons, that’s not limited to direct harm on children’s lives and health, include psychological trauma and destruction of   access to healthcare and education services.  As well as untold environmental damage, children suffer displacement, poverty, and exclusion. This, she added, is the reality of people living in urban war areas.

According to Denselow, there is evidence that shows that people and states can make a real difference to how one conflict affects those most vulnerable. In the case of the Safe Schools Declaration launched in 2015, for example, which now has 106 states endorsing it, they're seeing a 50% decline in the use of schools for military purposes in countries that have endorsed the declaration, while a doubling is seen in the countries that haven't endorsed it.

A political declaration, says Osta, should (1) establish a clear presumption against the use of heavy explosive weapons in populated areas, (2) recognize the issue of domino effects, and (3) contain a strong commitment to assist victims.

“Effective change will not be achieved by simply restating the need to confide with existing laws or by relying on existing military policies and procedures because these are not working anymore, since the nature of conflict has changed. Effect change can be achieved by communicating a clear stand-alone commitment against the use of heavy explosive weapons in populated areas,” she said.

WISH, Qatar Foundation’s global health initiative, continues until November 19, and is open for registration at www.wish.org.qa