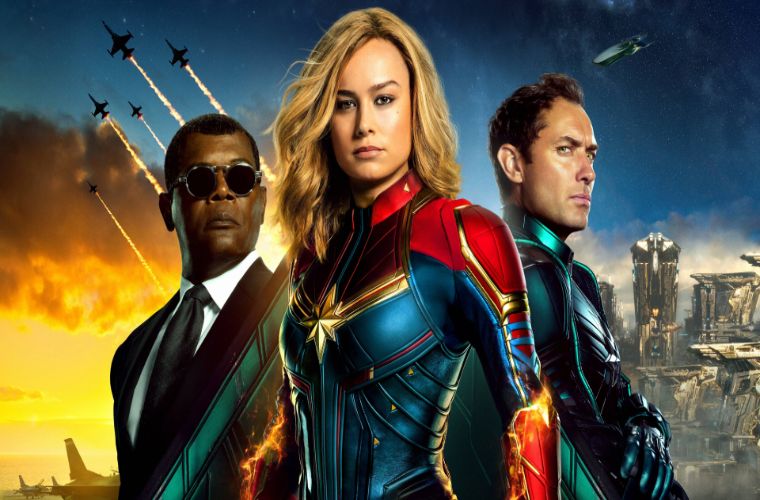 November is Superhero Month on beIN

Catch five superhero movies this month, every Tuesday in November

Starting with November 2 is CAPTAIN MARVEL (2019) directed by Anna Boden and Ryan Fleck and staring Brie Larson as Captain Marvel. This film grossed more than $1 billion dollars at the box office making it the first female-led superhero movie to break through the barrier and reach that milestone. Airs on beIN MOVIES 1 PREMIERE on the first Tuesday at 21:00 MECCA.

On November 9 we have BATMAN: Death in the Family (2020) directed by Brandon Vietti and starring Bruce Greenwood as Batman (and, of course, Bruce Wayne). This classic-cartoon-style film features a battle in which Robin may (or may not) die fighting the Joker. Tune in on beIN MOVIES 1 PREMIERE on the second Tuesday at 21:00 MECCA.

WONDER WOMAN 1984 (2020) airs on November 16. If you didn’t catch it earlier in the year on beIN, then this is your chance. Directed by the award-winning Patty Jenkins, this sequel is set in the glamourous 1980s decade in Washington DC, USA. Don’t miss all the action on beIN MOVIES 1 PREMIERE on the third Tuesday at 21:00 MECCA.

23 November will showcase SPIDER-MAN: Far from Home (2019) - directed by Jon Watts and bringing back Tom Holland starring as Spider-Man (and, spoiler, Peter Parker). While on vacation, Spider-Man helps Nick Fury (Samuel L. Jackson) investigate a mysterious attack. Along the way he receives assistance from Mysterio (Jake Gyllenhaal) and soon they must join forces to defend against an epic onslaught unleashed across Europe. Watch on beIN MOVIES 1 PREMIERE on the fourth Tuesday at 21:00 MECCA.

Finally, on November 30 catch JUSTICE LEAGUE DARK: Apokolips War (2020). This animated film stars superheroes and villains together, including the likes of Superman, Batman and Robin, Wonder Woman, Lois Lane, Harley Quinn, Lex Luthor, and many more. The Justice League bands together to take on Darkseid and save what’s left of the Earth. Get your last November superhero fix on beIN MOVIES 1 PREMIERE on the fifth and final Tuesday of the month at 21:00 MECCA.

Didn’t see what you’re looking for? It’s not only superheroes on beIN this month. For all the other entertainment top picks on beIN for November, and to subscribe to a world of sports and entertainment, visit: https://www.bein.com/en/bein-choices/