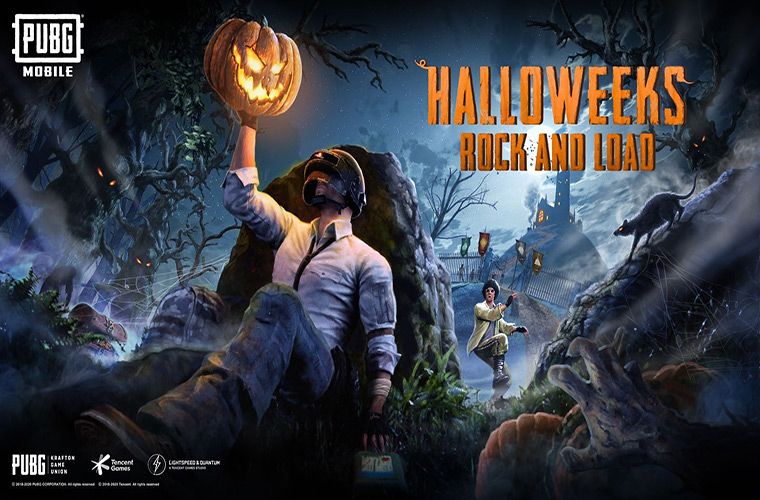 PUBG MOBILE is amping up the tricks and treats right in time for Halloween with the introduction of “Halloweeks Mode,” a new themed gameplay mode on the classic Erangel map. In addition to the game type, PUBG MOBILE’s new in-game rock and roll band POWER4 arrives for its debut track and themed outfits. Besides, players can also experience the festive exclusive gameplay in Cheer Park Training Ground, which is among PUBG MOBILE’s latest Halloweeks content beginning today.

Just after the beloved PVP playmode popularly known as “Infection Mode” returns for Halloween, beginning this Friday, Oct. 23 through Monday, Nov. 9, players can experience ever greater Halloween atmosphere when they queue for Erangel. Players will have a chance to enter “Halloweeks Mode” when they play matches in Erangel. In this mode, Zombie Camps appear at four fixed locations around the battleground where contains wandering zombies and valuable crates. When all zombies in a camp are eradicated, the corresponding crates will open, providing teams with valuable resources. Similarly, four new Roaming Bosses have the chance of appearing at Zombie Camps, which haunt approaching players and increase their energy by punching players within melee range and throwing rocks at players who are far away. Defeating Roaming Bosses will also get essential battle supplies.

The Halloweeks content update also introduces PUBG MOBILE’s virtual rock band, POWER4. The ensemble’s four members, made up of powerful elemental lords, debut their first track “Nothing’s Getting In Our Way” in game. The song expresses the pursuit of self-improvement and portrays the spirit of having no fear of challenges and teamwork, as written in the lyrics "together we're a force that can't be tamed and nothing's getting in our way!” Players can also get the POWER4 outfits with mental rock cool style, which matches the action-packed battle style of PUBG MOBILE. More Halloweeks exclusive themed outfits are available in game.

Enjoy the exciting gameplay, get yourself an all-new festive costume, and celebrate Halloween in PUBG MOBILE! Trick or treat!