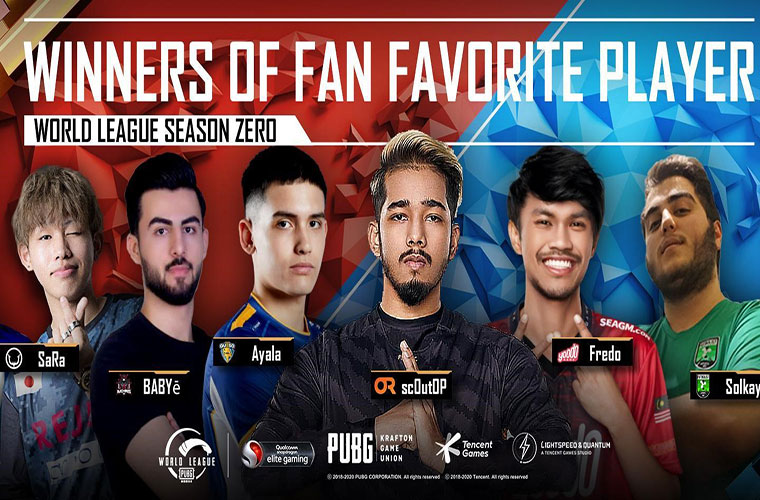 1.1 million concurrent viewers tuned in for the PMWL Season Zero Finals, breaking record as the highest viewership for any PUBG MOBILE esports event

The PUBG MOBILE World League (PWML Season Zero Finals drew a record audience of over 1.1M concurrent viewers, the highest ever viewership for the any PUBG Mobile Esports event. Over 40 million hours of PMWL Season Zero have been viewed since the league started on July 11th.

Two teams from the Middle East & Africa, YaLLa Esports and ALPHA Legends competed in the PWML Season Zero West League Finals. YaLLa Esports was the best performing team from the region, ranking fifteenth overall, and taking total tournament prize earnings of $6,000. ALPHA Legends was just behind in sixteenth place, winning a total tournament earnings of $6,000 due to their placements during regular League play.

The Finals took place from August 6th-9th and saw the finest 32 PUBG MOBILE teams in the world battle it out across 24 exhilarating rounds.

The PMWL Season Zero Finals were an extremely close, expert display of skill and in both regions teams fought until the last circle to determine the Champions. In PMWL West Futbolist was standing on the sidelines after being eliminated in the last match as they watched Loops Esports fighting for the Championship, only to be taken out by Udr Killers shortly before they could have taken the lead. In PMWL East Bigetron Red Aliens (BTR) managed to secure enough points in the last match after T1 took out Orange Rock, making BTR back to back Champions with a 9-point lead.

Official PUBG MOBILE Esports has already kicked off the next exciting round of competitive Esports in the Middle East & Africa, with the launch of group rounds for the PUBG MOBILE Club Open 2020 | Fall Split. Iraq Groups commenced on August 11th, and other PMCO’s for Saudi Arabia, Middle East & Africa and for the first time PMCO Egypt, will start their Group Stage on 1st September. For each region 32 teams will fight over 12 match days to show they are the best and to claim the honor of representing their region.

“We had huge ambitions for PMWL Season Zero in these unprecedented times, and a global online event of this scale had never been done before. Thanks to the incredible performances from our players, the hard work of the team, and the passion and support from our fans, we are proud to say it has been a huge success,” said James Yang, Director of PUBG MOBILE Global Esports. “From all of us here at PUBG MOBILE Esports, congratulations to Bigetron Red Aliens and Futbolist for seeing off some incredibly fierce competition to claim the victories, and we’re incredibly excited to reveal what comes next in our competitive calendar.”

Fan Favorite Players from different regions, which were voted for in-game by the community in July were also revealed during the PMWL Season Zero Finals, with each player receiving a $2000 prize reward:

The second episode of the PUBG MOBILE Esports Official Documentary series, “Between the Battlegrounds” is also now available here on the PUBG MOBILE Esports YouTube channel. Episode two "Be Resilient" introduces RensKy from team Morph, a new contender to the SEA competition and follows the stories of Valdus Esports MARTIN, Team Secret MADTOI, and the Bigetron Red Aliens twin duo Zuxxy and Luxxy as they move closer to the PUBG MOBILE World League.