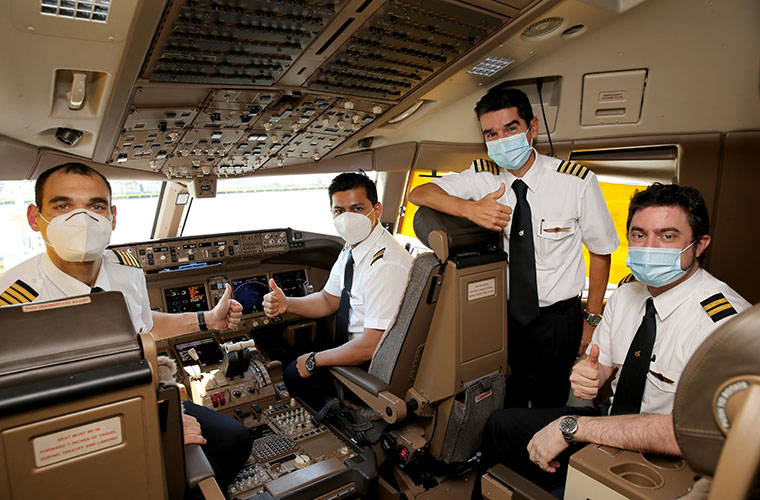 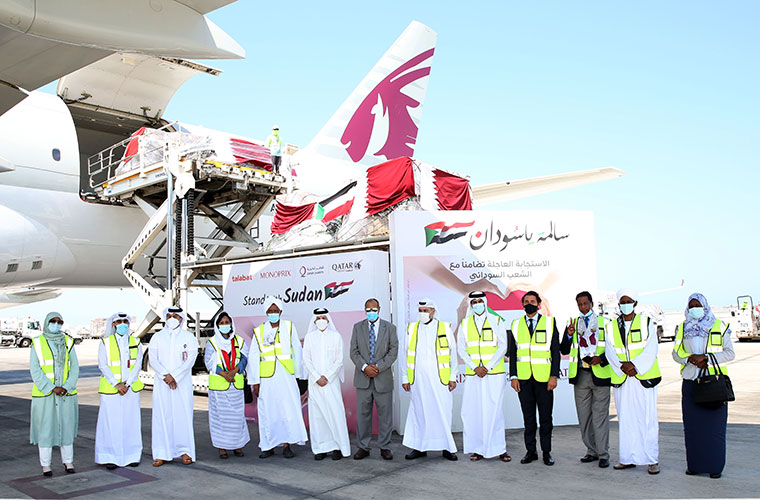 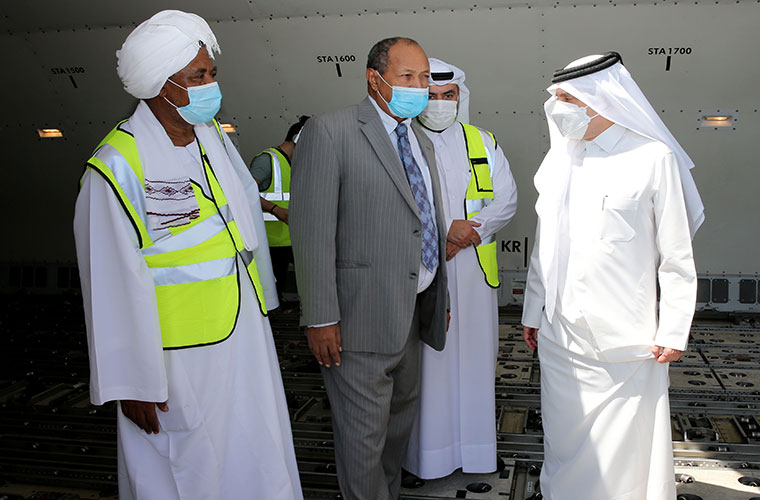 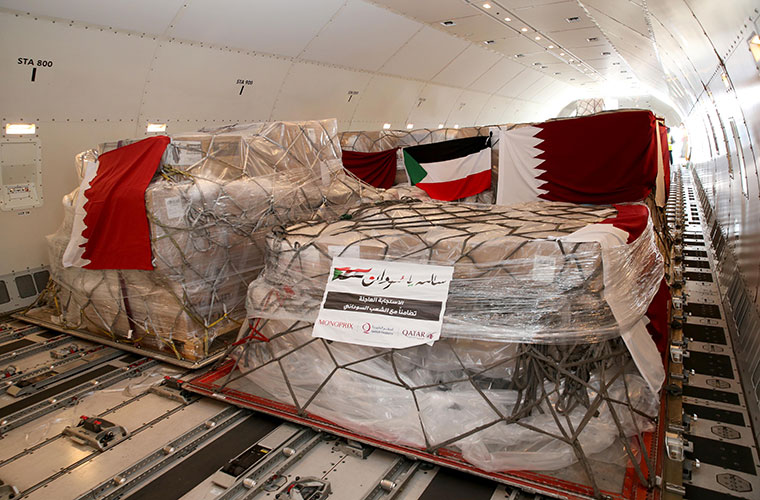 The national carrier of the State of Qatar partnered with Qatar Charity, Monoprix Qatar and Talabat to enable citizens and residents of Qatar to donate supplies

Qatar Airways in partnership with Qatar Charity, Monoprix Qatar – a member of Ali Bin Ali Holding – has delivered an aid programme that enabled citizens and residents of Qatar to donate almost 100 tonnes of food and other essential supplies to Sudan following the devastating flooding in the country.

Since the aid programme was launched on 12 September, thousands of Qatar citizens and residents purchased items from Monoprix Qatar’s store on Talabat from a special Qatar Airways Box for Sudan. Monoprix Qatar and Talabat delivered the boxes to Qatar Airways Cargo at Hamad International Airport (HIA).

Qatar Airways Cargo shipped the donated essential supplies free of charge from Doha to Khartoum on freighter flight QR8792 on 17 September. Qatar Airways Group Chief Executive, His Excellency Mr. Akbar Al Baker, was at HIA while the aircraft was loaded with supplies. He was joined by the Ambassador of Sudan to the State of Qatar His Excellency Mr. Abdulrahim Al Sediq, Qatar Charity CEO Mr Yousef bin Ahmed Al-Kuwari, and HIA Chief Operating Officer Eng. Badr Al Meer. The donations will be distributed on the ground in Sudan by Qatar Charity.

His Excellency Mr. Akbar Al Baker said: “Our thoughts and prayers are with the people of Sudan at this time. The devastating impact of the floods is being felt across the country, with hundreds of thousands of people affected. I have been touched by the large volume of donations from our employees and members of the public in Qatar who have come together as a community to support our brothers and sisters in Sudan. We hope that this community initiative, combined with our special cargo relief flight, will support as many people as possible and I thank our valuable partners for their support in these efforts.”

Mr. Yousef bin Ahmed Al-Kuwari said: “Qatar Charity continues distributing relief aid to those affected by Sudan's worst flooding in a century, aiming to reach the largest number of people most in need under the supervision of the Regulatory Authority for Charitable Activities (RACA).” He thanked the donors and Qatari bodies such as banks, companies, institutions, and media organisations who donated to or supported the campaign.

Al-Kuwari praised Qatar Airways for shipping the relief aid free of charge to Sudan, noting that it constantly extends such support during urgent humanitarian interventions, most recently after the massive explosion that has rocked the port area of Lebanon's capital, Beirut. He also pointed out that Qatar Airways provides support for Qatar Charity's seasonal projects and social welfare programs, especially for orphans.

Qatar Airways’ initiative follows the success of a similar programme it organised in aid of the people of Lebanon following the tragic explosion that took place in Beirut last month. Working with partners Qatar Charity, Ali Bin Ali Holding, Monoprix Qatar, and Talabat, the airline facilitated its employees and members of the public to donate essential supplies that were shipped from Doha to Beirut by Qatar Airways Cargo.

Throughout the COVID-19 crisis, Qatar Airways Cargo’s network has never fallen below 66 destinations, helping transport essential supplies around the world through belly-hold cargo on passenger flights and freighters. It continued to operate its scheduled freighters throughout the crisis, while also operating more than 500 freight charters of relief goods, personal protective equipment and medical aid to impacted countries.

Over the past few months, the cargo carrier has also worked closely with governments and NGOs to transport over 250,000 tonnes of medical and aid supplies to impacted regions around the world on both scheduled and charter services. This equates to roughly 2,500 fully loaded Boeing 777 freighters.

The world’s largest cargo airline is also committed to helping people in need through its recently introduced ‘1 Million Kilos’ campaign, part of the We Qare project. From July to the end of December 2020, charities will be able to use the services of Qatar Airways Cargo to transport humanitarian aid and medical supplies all over the world, free of charge.