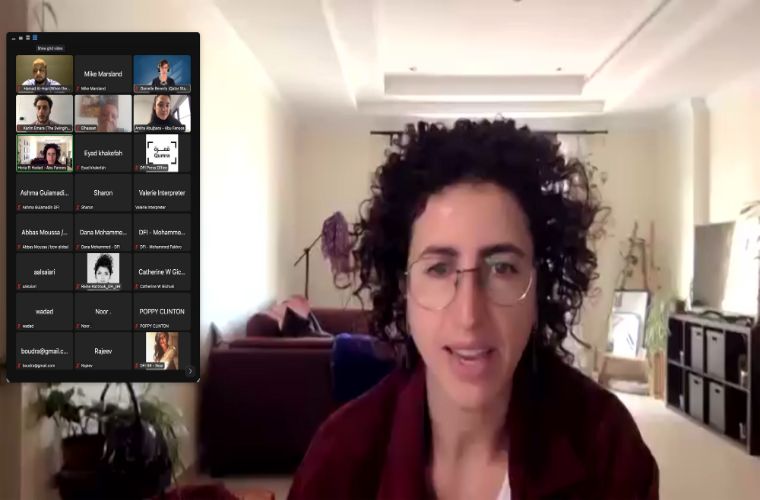 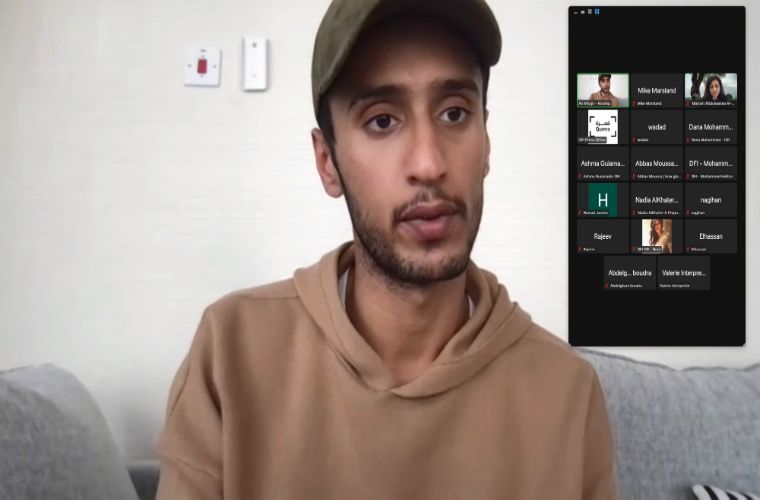 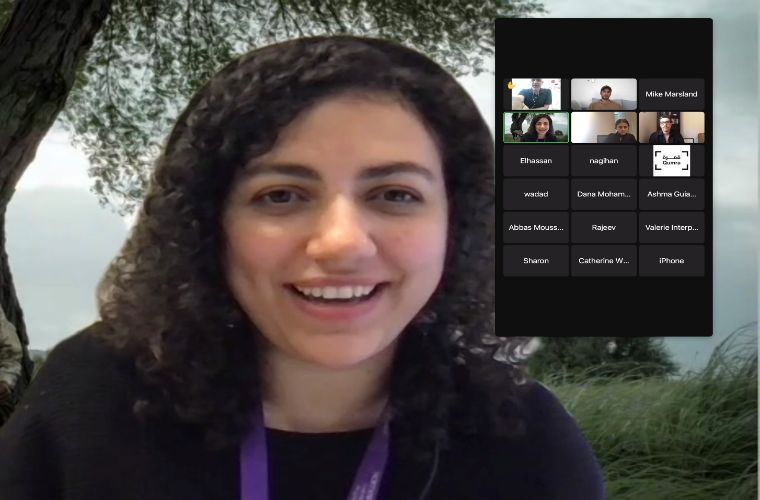 Doha, Qatar - March 21, 2022: Talented filmmakers who call Qatar home are building an extensive body of new cinematic work that draws inspiration from their national heritage and in celebration of the achievements in sports and media.

During a media briefing at Qumra 2022, the Doha Film Institute’s annual film talent incubator and industry networking event, Qatar-based filmmakers presented creative themes in diverse formats, from feature documentaries to short narratives and series projects. In all, 16 homegrown projects with 13 from Qatari nationals, will receive crucial support at Qumra 2022.

Qatari writer Amira Abujbara and British-Moroccan filmmaker Horia El Hadad draw on Qatari folklore popular across the Arab world for their short narrative, Abu Fanoos (Qatar). By drawing on the djinn stories, they address generational gaps by panning the camera across the interaction between a grandfather and grandson.

“We thought the best way to explain the generational divide was to use the folk tale, especially because new generations are inheriting a world that is much different than before, with the rapid transformation following the oil and gas boom,” said Amira. “We took a very nostalgic image and made it relatable to an international audience,” added Horia. They highlighted the role of Qumra and the Doha Film Institute in helping shape their project through discussions with industry experts.

Qatari filmmaker Hamad Al-Fayhani draws inspiration from real life situations to present an authentic portrayal of the role of caretakers in his short film, I Wished for Solitude (Qatar). It is a searing tale of a mother who grapples with her loss of identity as she takes on the arduous job of taking care of her ill son. “The job of a filmmaker is very hard but people do not seem to take it seriously, often even belittling it. I wanted to present the many dimensions in life and shed light on a real situation but also convey that with sadness there is hope and happiness, and vice versa,” said Hamad. He added that the support of the Doha Film Institute was invaluable in discovering his own voice as well as developing his project.

Feature documentary Let's Play Soldiers (Yemen, Qatar), directed by Mariam Al-Dhubhani, demonstrates how a film project has transcended boundaries throughout its evolution at Qumra. Describing Qatar as her second home and the Doha Film Institute as her second family, it is Mariam’s 3rd year participating in Qumra. The project started as a short that was discovered by industry experts at the event and encouraged to be expanded into a feature length film. “Yemen is still in a hard situation and is portrayed as a place that is not liveable. Of course, the entire region is facing unfortunate events but we wanted to convey more than the obvious through our project, presenting the trauma of children thrown into war.”

Inspired by Qatar’s accomplishments in media is the remarkable feature documentary When the News Breaks You (Qatar) by Hamad Al Hajri, a creative and innovative director with nine years of experience working primarily for local TV. The project charts the lives of several conflict journalists from their own perspectives, the pressure they face in real life and how they address them. Hamad noted that the reality of the lives of journalists from the Middle East has never been depicted on screen.

“While we saw them on news channels during many events – from the Arab Spring to the crisis in Libya and Iraq, no one knows their behind-the-scenes stories. This documentary shows real stories told by people who experienced real hardships.”  Hamad said he joined Qumra to develop his work and for the access to professional mentors. “They helped me get what I needed and the feedback was positive, assuring me further of my approach.”

Ali Alhajri, a Qatari filmmaker who graduated from Drexel University, presents his project Kinship (Qatar), a short narrative about his personal perspective of the internal conflict in becoming a new father. Ali said working with the Doha Film Institute enabled him to hone his narrative technique helped him discover his own voice.

A project by Karim Emara, an Egyptian producer and director now majoring in Communications at the Northwestern University in Qatar, The Swinging Chandelier (Egypt Qatar) is about a newlywed Egyptian man, who moves to his ancestral house and is side tracked from attending a crucial online job interview due to a visit from his needy in-laws. The film was shot in a chaotic manner befitting the comedy genre. “It is not just feedback about editing the film that I gain at Qumra; it is also about helping make connections with other filmmakers in Qatar and industry professionals from across the world.”