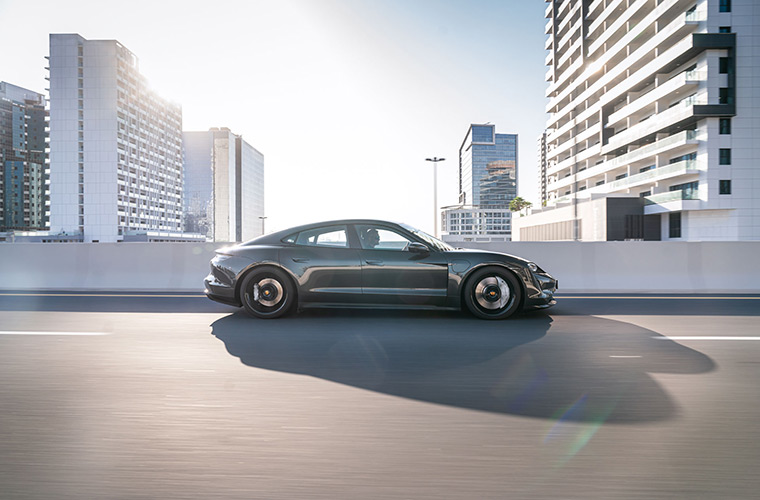 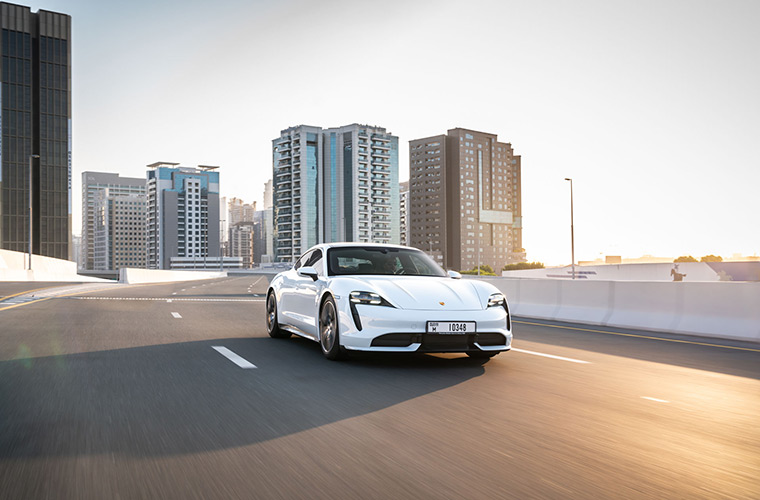 Porsche Middle East and Africa FZE officially kicked off its launch for the all-new Taycan with a special animation on the facade of the Burj Khalifa, the largest single display surface in the world. A visually exciting light show, covering the total area of 33,000 square metres, portrayed the brand’s most important milestones from the Lohner-Porsche revealed in 1900 to the cutting-edge Taycan. With its 828 metres, the iconic tower is the tallest building in the world and provided a unique setting to announce the long awaited arrival of Porsche’s first fully electric vehicle.

Dr Manfred Braeunl, Chief Executive Officer at Porsche Middle East and Africa FZE, stated: “Electricity has been running through Porsche’s veins from day one and the brand is a pioneer in shaping the mobility of tomorrow with innovative products setting the benchmark for the industry. The all-new Taycan is a culmination of over 70 years of experience building sports cars, merged with incredible new driving technologies. But first and foremost, it is a true Porsche offering pure emotion and extraordinary driving pleasure. The upcoming months will be hugely exciting for us and our business partners, as we launch the car across the region.”

Markus Peter, Marketing Director at Porsche Middle East and Africa FZE, added: “It was a very special moment watching the more than 1 million LED lights turning the facade into one big screen to celebrate the start of the Taycan introduction in our region. We are convinced that the new Porsche Taycan will inspire everyone in the same way as the first electric sports car with the Porsche soul.”

Whilst the Taycan is the brand’s first fully electric model, Porsche has been at the forefront of electromobility for a long time. Today, plug-in hybrids present some of the most powerful flagship models in the brand’s range, such as the Cayenne Turbo S E-Hybrid or the new Panamera Turbo S E-Hybrid. With the launch of the new Taycan, Porsche presents its first ever fully electric model, setting another important milestone for the successful future of the company.


In the coming weeks and months, Porsche’s regional will support its importers with the rollout of the first three Taycan models comprising the 4S, Turbo and Turbo S. Officially declared as the most innovative car in the world, thanks to 27 new developments of which 13 are global firsts, the Taycan generates up to 761 PS. The fastest model in the range, the Turbo S, accelerates from 0-100 km/h in just 2.8 sec – the same as the Porsche 911 GT2 RS, a purebred, two-seater sports car.

According to WLTP tests, all three derivatives feature a generous driving range. When equipped with the Performance battery Plus, the Taycan 4S leads with a capacity of up to 463 km.

The Taycan is the first production vehicle with a system voltage of 800 volts. This is a significant advantage when high-power charging access is available, allowing exceptionally short charging times. All owners can comfortably charge their vehicles with an 11kW AC charger at home, at work on a fast industrial charger, or at any public charging point while running errands.

The start of the launch phase follows a successful period of business for Porsche’s regional office in Dubai. With a healthy five per cent growth year-on-year, the organization recently announced its best third quarter results since 2015.