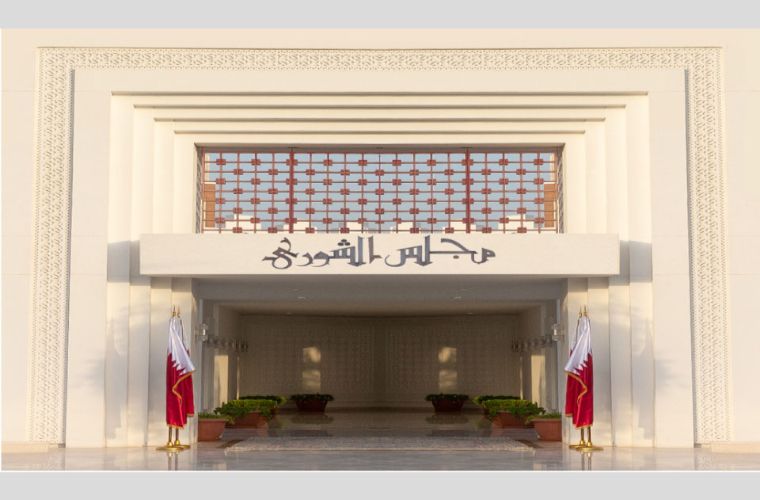 The Shura Council held its regular weekly meeting today under the chairmanship of Speaker of the Shura Council HE Ahmed bin Abdullah bin Zaid Al Mahmoud. The session was held via video conferencing at the Council headquarters.

During the session, the Council discussed the supplementary report of the joint committee of the Services and Public Utilities Committee and the Internal and External Affairs regarding the general discussion request submitted by several members of the council on the change of employer and travel without notification for expatriate workers.


After discussing the committee's report, and based on the Shura Council's keenness to support the efforts exerted by the government represented by the Ministry of Administrative Development, Labor and Social Affairs, and in order to develop the business sector in the State of Qatar, and after listening to the Council members views during the Council session held on Jan. 4, 2021 that was attended by HE Minister of Administrative Development, Labor and Social Affairs, as well as after providing their observations and proposals in the Council session held on Feb. 8, 2021, the Shura Council made a number of recommendations regarding the change of employer and travel without notification for expatriate workers, and decided to refer them to the esteemed government.

The recommendations called for ensuring the financial and legal status of the company to which the worker will move, especially in obtaining the approval for visa, and ensuring that the first party does not lose its visa. They also called for ensuing the number of times allowed to change the employer does not exceed three times during the worker's stay in the country in order to prove his seriousness at work, in addition to ensuring that the percentage of workers who received approval to change employer does not exceed 15% annually for a single company except with the approval of the employer. When recruiting workers to implement governmental or quasi-governmental contracts, it should be taken into account that they should not be granted change of employer except with the consent of the employer until the term of those contracts expires and that the visa should be linked to the contract. They also called for fair compensation for the costs the company spent on the worker.

In its recommendations, the Shura Council called for addressing the phenomenon of illegal workers by setting the appropriate mechanism and amending their conditions in accordance with the law. It also demanded to provide adequate procedures that amending the status of the worker whose transfer request has not been accepted in case that the original employer expresses his unwillingness for the worker to return to work for him. The Ministry of the Interior should set up the appropriate mechanism so that the worker's employer is notified three days before the date of his departure by text message or via the Metrash application.

The recommendations also included an emphasis on determining the period of the contract signed by the employer and the worker, and that the worker is prohibited from requesting a change of the employer during the contract period, which should not exceed two years, unless there are reasons justifying this or with the approval of his employer. The recommendations also included increasing the percentage of workers who are not allowed to travel without permission from the employer from 5% to 10%, as there are small and medium enterprises and companies with very limited numbers in them.

The Shura Council also recommended to establish a permanent committee at the Ministry of Administrative Development, Labor and Social Affairs to decide on all applications for the sponsorship transfer, provided that the committee has in its membership a representative from the Chamber of Commerce and the Ministry of Interior, in order to consider requests for the sponsorship transfer and their compliance with the specified controls, conditions and mechanisms.