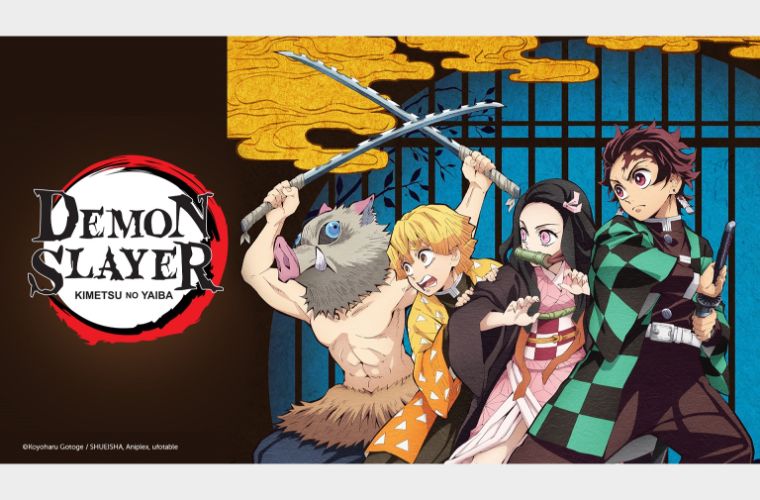 Demon Slayer: Kimetsu no Yaiba season 1 is set to premiere

on STARZPLAY from August 19

If you are an Anime fan, you will no doubt follow one of the most successful and popular anime franchises - Demon Slayer. A breakout hit in the anime industry, Demon Slayer: Kimetsu no Yaiba is based on the manga series of the same title, written and illustrated by Koyoharu Gotouge.

Fans in the MENA region can enjoy this popular anime franchise as season 1 showcases on MENA region’s fastest-growing subscription video on demand service, STARZPLAY from August 19.

While the movie spinoff became Japan's highest-grossing film ever in 2020, the series follows Tanjiro Kamado, and his younger sister, Nezuko, who travel around the rapidly modernising, early 1900s Taisho-era Japan as part of the clandestine Demon Slayer Corps after his whole family is killed one night while Nezuko turns into a half-demon. Aside from demon slaying, Tanjiro's ultimate goal is twofold: turn Nezuko back into a human and seek vengeance against Muzan Kibutsuji, a super-evil demon, passing in society as a human and who can create new progeny by injecting people with his very potent demon blood.

The plot effortlessly moves between powerful, hilarious, and emotional moments and you will definitely fall in love with the characters. Tanjiro is the perfect brother-immensely caring and willing to fight the world for his sister while Inosuke is brave and afraid to show his feelings.  Zenitsu is the heart of the series, a lovingly funny character who is the laughing doze of the show while Nezuko is just an adorable baddie.

Plan an anime packed weekend with your friends and family and don’t forget to watch the demon slaying adventure anytime, anywhere and from any device on STARZPLAY from August 19.