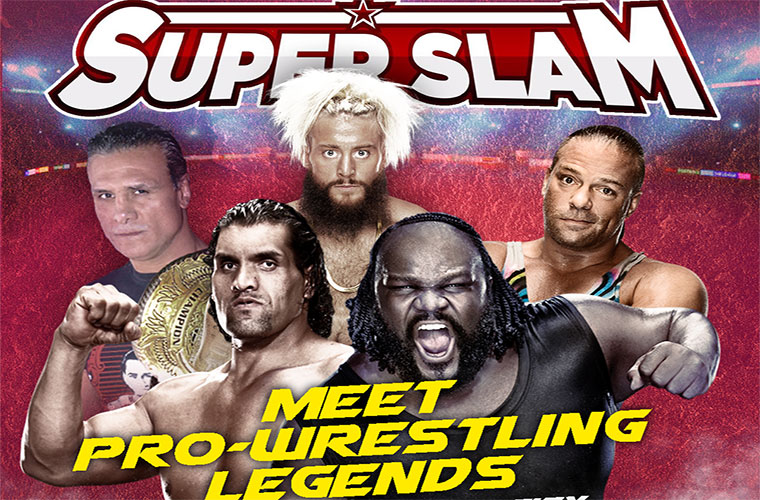 Doha Festival City, the One and Only Choice for Entertainment, announced as Platinum Sponsor of Super Slam II

19 February 2020, Doha, Qatar--- Doha Festival City, Qatar's one and only choice for entertainment and shopping, announced as platinum sponsor of the much popular SUPER SLAM II pro-wrestling event by Qatar Pro Wrestling. The sponsorship integrates within Doha Festival City’s “Be Active” Campaign carried out during the month of February in celebration of the country’s sports vision.

As Entertainment Partners, Doha Festival City is the official host of the exclusive pre-event Public Meet and Greet where 500 lucky fans can get up close with their favourite international wrestling legends such as Kevin Nash, Mark Henry, and Alberto del Rio, Brian Cage, and Nzo. The superstars will be at Birds Island, located in Angry Birds World at 6pm on the 20th February for an exclusive live appearance in the theme park. Registration is available daily from 4pm, on first-come first-served basis, at the Doha Festival City Sports Booth located in the Atrium at Angry Birds World.

The sponsorship has seen Doha Festival City extend a massive marketing campaign in support SUPERSLAM II, which is considered the biggest gathering of pro-wrestling legends to ever take place outside of the US.

This comes as part of Doha Festival City’s commitment to creating unique experiences and moments to the people of Qatar as their one and only choice destination for entertainment and shopping.

Robert Hall, General Manager of Doha Festival City, said: “As the official platinum sponsor of the event, we are very excited to welcome the wrestling superstars to Qatar. I look forward to seeing fans meet their favourite star live here in Doha Festival City. We are committed to creating more and more unique experiences for our shoppers and visitors as the one and only choice for entertainment.”

Tickets are selling out fast and can be purchased from the dedicated ticketing booth at Doha Festival City, located on ground floor opposite to Toys R Us. The four Championship Belts are on display at the booth giving guests an exclusive chance to see them up-close. Tickets are also available online via the QPW-wrestling.com website.

With 430 retail outlets and 100 food and dining options, the mall is known to be home to the best local, regional, and international brands, some of which are exclusive to Festival City with no other branches anywhere else in the country.