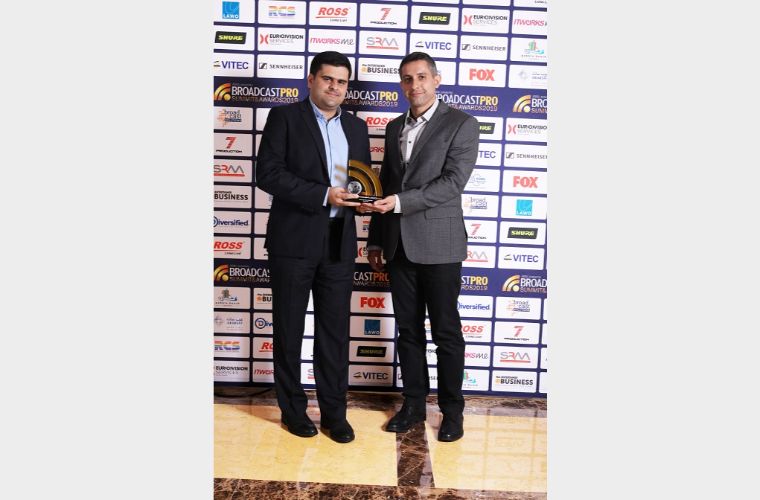 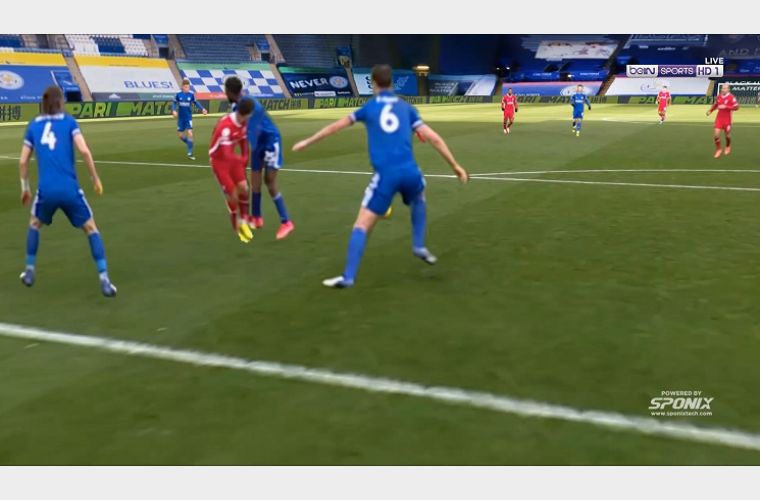 In 2012, only two years after Qatar won the right to host the FIFA World Cup 2022™, Mohammad Ali Abbaspour, founder of sports technology startup Sponix, had no idea that his zeal for sports tech would one day lead him to play a part in redefining how mega sporting events can be experienced by viewers around the world.

“In 2019 we established Sponix, a sports-tech company. We wanted to create a pioneering startup that will not only be unique in the region but also worldwide. That was the inspiration behind Sponix: experience and passion combined to power next-generation sports entertainment”, Abaspour said.

SponixTech is a technology company that provides solutions and services which helps broadcasters, TV channels and advertisers increase viewers and enhance fan experience.

Sponix’s next-gen technologies did not have to wait for the FIFA World Cup 2022™ to make a big bang in the industry. Their SPov technology – which produces immersive POV video replays from any point of reference on the pitch in a way that was until recently only seen in first-person digital console games –has landed the Company partnerships and collaborations with some of the industry’s biggest giants, such as beIN Sports, and a long lineup of football clubs that enjoy cult-like fandom and are considered household brands the world over.

“We are currently working with a few clubs in Europe including Benfica in Portugal as well as with the UAE Pro League, who are using our technologies for their most important competitions. We are also working with some key broadcasters in Europe, such as RMC sports – one of the main broadcasters in France – in addition to orchestrating the digital replays and sponsorships of Euro 2020 and the UCL.”

Although Mohammad’s passion for sports technology had already translated into solutions that were unique to the MENA region, what was missing was a platform upon which he could turn his vision of a global business into reality, and at scale. It was at this point that he applied for the Sports-tech Accelerator program at QST.

“Our headquarters were initially in the UK. But after being selected as a winner of the Sports-tech Accelerator program, a joint initiative by Qatar Development Bank (QDB) and Qatar SportsTech (QST), we decided to move to Doha. That was an excellent decision and a turning point in our journey”, Mohammad revealed.

The support provided by QDB and QST, and the infrastructure made available through Qatar’s thriving startup ecosystem, helped Sponix accelerate its growth and move closer to realizing its vision for the industry.

“QDB and QST provided us with a nurturing platform on which to grow through their financial, advisory, and infrastructural support. This has empowered us to scale up our technology pretty quickly, and we were soon able to fully develop our second technology product, and therefore expand our offering, in record time.” Said, Mohammad.

In its ongoing pursuit to create opportunities for SMEs across various sectors, including launching their business internationally, QDB’s investment arm has facilitated the entry of Sponix into the Russian market. QDB accomplished this feat through its ‘Soft Landing’ program, in partnership with the Skolkovo Foundation, where Sponix was able to demonstrate the value, they bring to the marketplace through pitch sessions and participation at the recent St. Petersburg International Economic Forum (SPIEF).

On his visit to Russia, Mohammad said: “Our participation in SPIEF 21 opened up some great negotiation and discussion opportunities with potential clients. We had meetings with Russia’s main national broadcaster and other sports clubs. We were also approached by a sports-tech investor who showed interest in our solutions. Moreover, we got a chance to meet with decision makers at the Supreme Committee for Delivery and Legacy (SC) to discuss cooperation at the upcoming FIFA Arab Cup™.”

“Digital sponsorships” refers to the Company’s virtual advertising technology, SPboard, which adds a virtual layer of region-tailored ads, signage, and banner replacements to the game in real-time with unprecedented precision and realism. For broadcasters, this means maximizing profits while at the same time bringing a more tailored experience to viewers, wherever they might be.

“What makes these technologies the next frontier for digital sports studios and immersive viewer experiences is the unique remote production workflow used, with no hardware installation required or any changes to the venue and camera setups. Without our unique software-based approach, you would need dozens of 5K cameras, massive servers, and kilometers of fiber that could cost up to $8 million for just one Stadium, not to mention the huge logistical burden.”

In addition to the coveted partnerships that helped value the Doha-based company at $40 million, Sponix’s innovations and the successful implementation of their novel technologies garnered recognition and acclaim within the startup world. Sponix was selected as a winner of the sports technology award in London in November 2020 and was also selected as the best startup in Asia by Microsoft during the same year.

Sponix is currently finalizing agreements and negotiations with some big names in the industry across Europe and South America, as well as with FIFA regarding the use of SPov technology during the upcoming FIFA World Cup 2022™. The company is also now shaping a very strategic partnership with UEFA to implement their technologies in the most important tournaments in Europe. The startup is also eyeing opportunities to introduce Spano – another one of its game-changing technologies – to digital studios around the world. This revolutionary technology puts studio analysts in the director’s chair and lets them use a “virtual 360-degree camera” to reimagine and maneuver interesting game scenes and goals using nothing but their hand gestures.

To keep up with the competition, Sponix is working on a third technology that is still in the R&D stage but looks to benefit the future of sports events. The technology is considered a main interest for FIFA at the moment, and that is virtual offside lines (VOL) looking to use that in upcoming competitions including the FIFA Arab Cup™. With that, Mohammad sees a brighter future ahead for sports entertainment.

Mohammad concluded: “What Qatar is doing in terms of using and implementing advanced technologies in all kinds of competitions in the coming years is extraordinary and will have a huge impact on the sports industry across the globe. And with digital transformation taking the world by storm, there isn’t a more perfect time for Sponix to continue to innovate and help shape the future of sports for the benefit of both sporting professionals and fans. We are also looking forward to Q3 and Q4 of 2021 where Sponix will enter an exciting new phase of its growth, and we can’t wait to see what the next couple of years bring for us”.