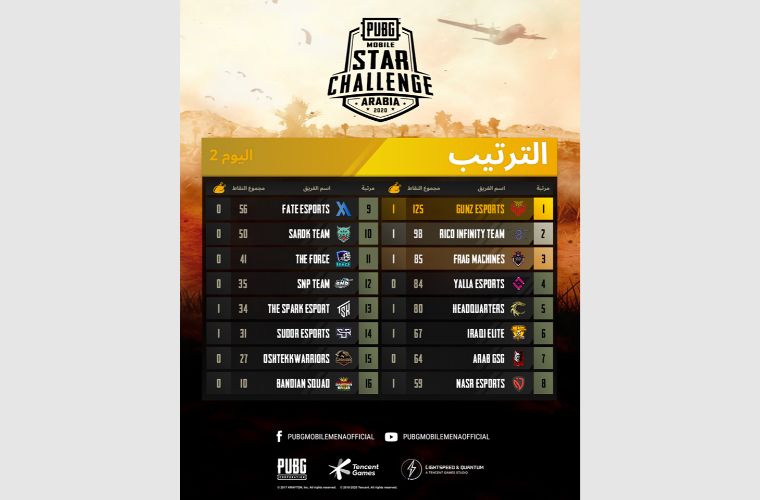 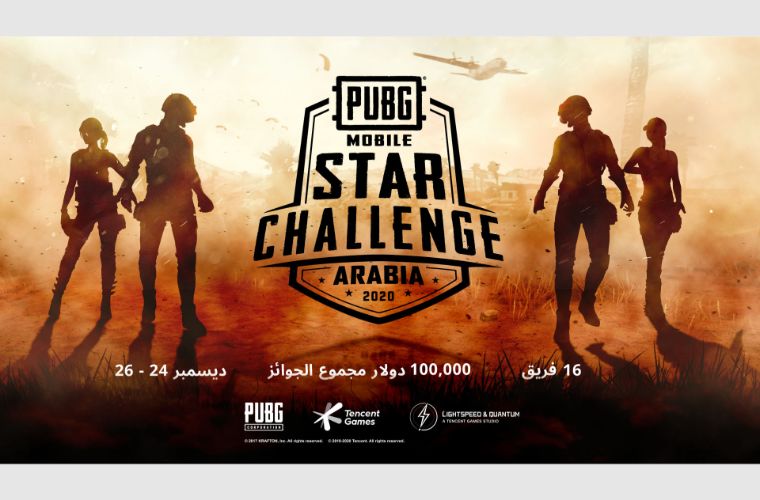 
The PUBG MOBILE STAR CHALLENGE returned to the Middle East for the third time, bringing together some of the top esports teams from across the region, to compete in three days of PUBG MOBILE action. The Moroccan team, GUNZ ESPORTS was able to seize the chicken dinner by landing the first place by 125 points in the PUBG MOBILE STAR CHALLENGE ARABIA. In second place and third place, RICO INFINITY TEAM and FRAG MACHINES mark their places respectively by 98 and 85 points.

The PUBG MOBILE Star Challenge Arabia 2020 was a major community tournament, organized by PUBG MOBILE, which celebrated and showcased some of the very best talent in the game in the region. The PMSC Arabia also marked the second anniversary of the launch of the highly-popular Arabic language version of PUBG MOBILE.

The 2020 edition of PMSC Arabia was an online, Middle East-only, invitational event, pitching teams of four players each into fast-paced head-to-head matches over three days.

Sixteen teams, drawn from countries around the region and including some of the top esports teams in the Middle East, had been invited and joined the tournament. Teams competed for a total prize fund of $100,000.

PMSC Arabia 2020 also included participation from the region’s most exciting PUBG MOBILE content creators and streamers, who joined in on the fun with pop-up shows and segments taking place alongside the tournament, including a very special guest star performance from Flipperachi.

The latest edition of the PMSC Arabia was a purely online competition, in line with health and safety recommendations to prevent the spread of COVID-19. This edition was built on the success of previous PMSC editions, which were held in Dubai in 2018 and Riyadh in 2019 and demonstrates PUBG MOBILE’s ongoing commitment to the development of professional esports in the region.