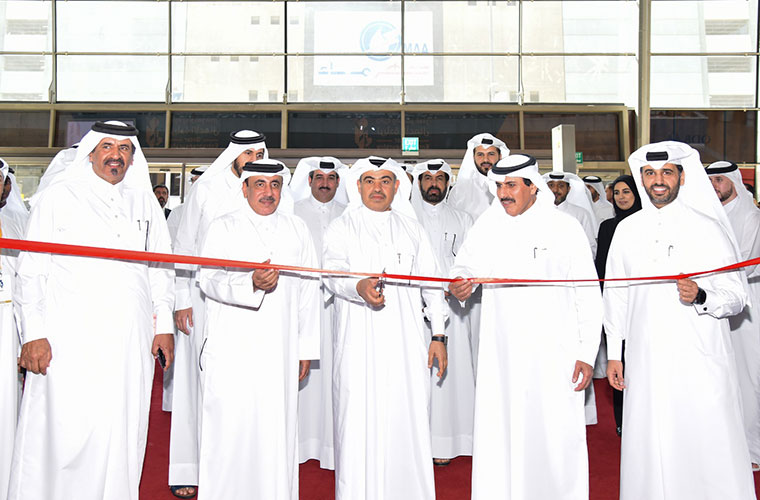 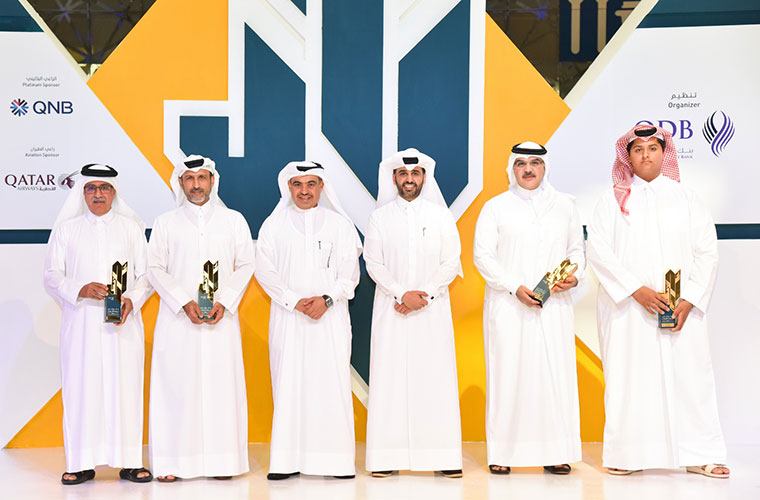 Qatar Development Bank (QDB) announced yesterday winners of the second edition of Qatar Entrepreneurship Award ‘Rowad Award 2019’, held under the patronage of His Highness Sheikh Tamim bin Hamad Al-Thani, the Amir of the state of Qatar. The four winners of the competition were announced at the launch of Qatar Entrepreneurship Conference in its fifth edition, which is held on November 12, 13 and 14 at the Doha Exhibition and Convention Center.
The ceremony was attended by HE Mr Ali bin Ahmed Al Kuwari, Minister of Commerce and Industry, and QDB CEO Mr. Abdulaziz bin Nasser Al-Khalifa, together with high-ranking officials, entrepreneurs and members of of the media community.
The Qatar Entrepreneurship Award aims to foster innovation and entrepreneurial culture in Qatar. The Rowad Award received numerous applications, the best of which were qualified for the final evaluation stages.
In addition to the Self Sufficiency Award, the Best Exporting SME and the Best SME Business categories, this year's edition also featured the Innovation Award category for the first time to attract creative entrepreneurs, and emphasize on the importance of innovation as one of the essential elements of entrepreneurship, which in turn ensures sustainability of the business and to keep abreast of the latest developments in the global market.
Commenting on the winners' announcement, HE Mr Ali bin Ahmed Al Kuwari, Minister of Commerce and Industry, said: “The State of Qatar has for several years established the principle of self-reliance and economic openness. This trend has contributed to strengthening national industries as well enhancing the position of Qatar as a major trade hub in the region.”
His Excellency the minister added: “The private sector plays a pivotal role in this context, as establishing a competitive local economy depends heavily on the growth of small and medium enterprises and major national industrial companies. QDB’s initiative aims to develop the entrepreneurial sector and support innovative entrepreneurs through honing their skills.”
Mr. Abdulaziz bin Nasser Al-Khalifa, QDB CEO, said: “QDB launched this year's Qatar Entrepreneurship Award, under the patronage of Highness Sheikh Tamim bin Hamad Al-Thani, the Amir of the state of Qatar, with the main aim to foster the spirit of innovation, spread the culture of entrepreneurship in Qatar and support the development of the private sector whilst propelling entrepreneurs to compete.”
“I am proud of the significant role that QDB plays in empowering entrepreneurs and encouraging them to expand their businesses, which in turn will contribute to the development and diversification of the local economy,” Mr. Al-Khalifa added.
The announcement of the winners of Rowad Awards 2019 was followed by the official launch of the Qatar Entrepreneurship Conference in its fifth edition, which will be held until 14th November. The conference, which occurs as part of the Global Entrepreneurship Week, is a national initiative bringing together Qatari entrepreneurs and industry key players in Qatar to exchange knowledge and discuss possible opportunities to support entrepreneurs across different sectors. This year's Conference will provide a series of more than 49 workshops attended by a plethora of participants and representatives from start-ups throughout three days. The conference also welcomes the general public interested in entrepreneurship to attend all of its sessions and workshops.