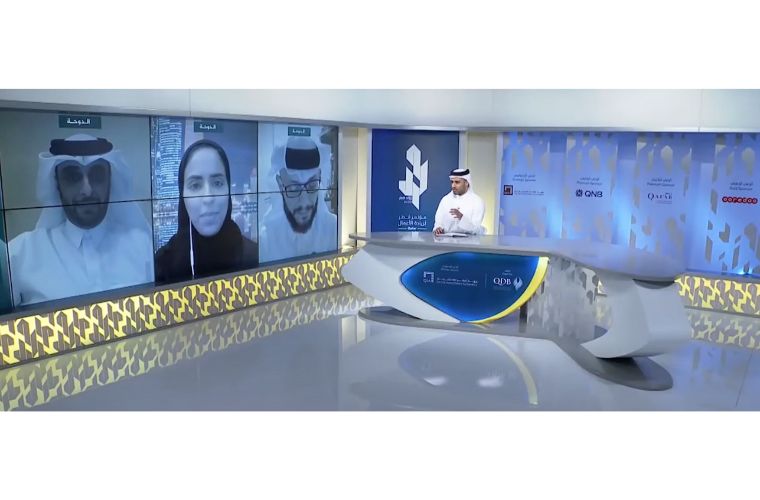 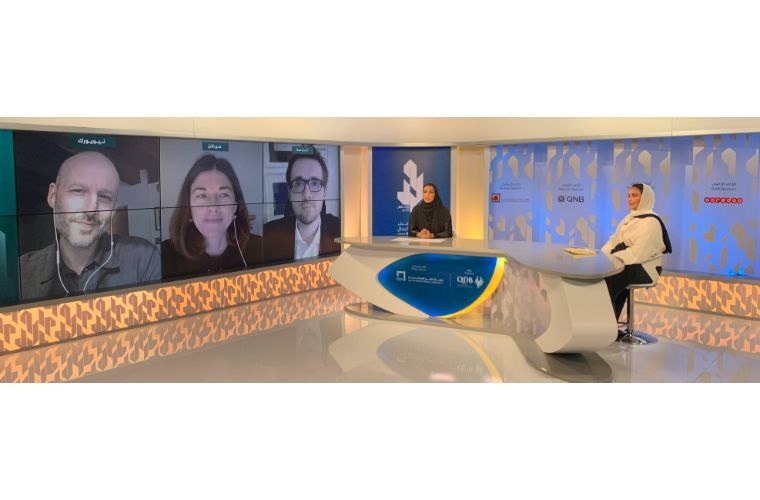 
Qatar Development Bank (QDB) concluded the activities of the Global Entrepreneurship Week in Qatar and the first virtual edition of the Qatar Entrepreneurship Conference 2020 (Rowad Qatar), which garnered positive feedback from attendees and participants.

Held under the patronage of the Prime Minister and Minister of Interior H.E. Sheikh Khalid bin Khalifa bin Abdulaziz Al Thani and inaugurated by H.E. Mr. Ali bin Ahmed Al Kuwari, Minister of Commerce and Industry and Chairman of Qatar Development Bank, the event witnessed the active participation of all prominent institutions and the various actors within Qatar’s SME ecosystem as well as the global entrepreneurial community.

In its sixth edition, the Qatar Entrepreneurship Conference was organized with the support of the Qatar Investment Authority as the Conference’s strategic sponsor, Qatar National Bank and the National Tourism Council as platinum sponsors, Ooredoo as the gold sponsor, and Qatar Chamber as the honorary sponsor, in addition to a long list of national partners representing various sectors and industries. The event was well-received by institutions representing various industries and domains across the public and private sectors in Qatar, in addition to reaching a broader audience, with the number of registrants in its panel discussions and workshops across QDB’s digital platforms totaling more than 3500 participants.

QDB successfully delivered on the promise of the theme for this year’s Conference ‘Business Sustainability: My Impact on My Economy and My Country’, by offering entrepreneurs an empowering virtual space where they can continue promoting and supporting Qatar’s pro-business environment as well as helping consolidate the country’s leading position as the first in entrepreneurship in the Arab world and the third globally. The Conference also built on the success of its previous editions in cementing the importance of the Global Entrepreneurship Week in Qatar and making it one of the most prominent platforms for entrepreneurship in the country, through its partnerships with various governmental, semi-governmental, and private institutions.

QDB’s CEO Mr. Abdulaziz bin Nasser Al-Khalifa expressed his delight at the success of the Qatar Entrepreneurship Conference 2020 despite its exceptional backdrop, noting that the event has achieved its goals and objectives. He added:

“The Qatar Entrepreneurship Conference aims to enrich and develop the entrepreneurship ecosystem in Qatar and celebrate its leading entrepreneurs and their achievements. It also helps strengthen collaboration among the ecosystem’s various actors and players in Qatar, and learn from the global perspective. This year, and in coordination with relevant institutions, we were able to present a distinguished edition of the Conference that received great feedback from all participants.”

During the event, QDB honored the winners of the Al Fikra Competition and the Resilient Award, with eight projects winning in the three categories of the Al Fikra Competition. The winners of this year’s award in the Challenges category were Thought Square (first place), Tashtib (second place), and Ariva (third place). In the Startup category, the first, second, and third spots were claimed by Offside Detector, Vchanic, and Sounha respectively. Finally, Al-Diqah Factory for Metal Recycling won first place in the Mashrouie category, with EcoVend securing second place.

In parallel, three projects won the Resilient Award, which is dedicated to the best performing enterprises in facing the pandemic-induced challenges and turning the crisis into a platform for creativity and innovation. This year, the top three award winners in order were Snoonu, Qatar German Gasket Factory, and Central Ventilation Systems W.L.L. The list of winning ventures is distinguished by the diversity of their interests, specializations, and innovative capacities. The winners expressed their delight and thanked QDB for its relentless efforts in supporting the Qatari private sector.

By the same token, the Conference’s panel discussions and workshops covered a rich range of relevant issues and topics that met with great turnout from entrepreneurs, who praised the various sessions and said they were eager to actively engage in the conversation, reflecting QDB’s success in reachin

In recent years, Qatar has successfully carved a distinguished place for itself in the global entrepreneurial scene, attracting several of the most prominent speakers and industry experts to the country. This year’s opening ceremony of the Conference was attended by the Vice-President of the Global Entrepreneurship Network, representatives from the World Economic Forum, deans and faculty from celebrated academic institutions, and speakers and participants from relevant ministerial and institutional bodies in Qatar who are keen to participate in this leading national event.

The Qatar Entrepreneurship Conference is held within the framework of QDB’s ongoing pursuit to establish a clear added value for the entrepreneurial community and advance the status of Qatar’s SME ecosystem as one of the most innovative and diverse worldwide.