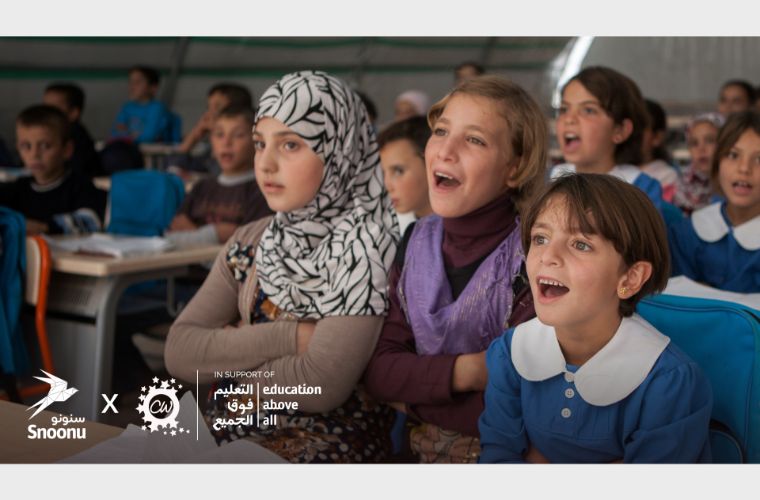 Snoonu Partners With Education Above All For Charity Week

This week, Snoonu will be participating in the International Charity Week, an annual international unity project that brings people together across the world to fundraise for orphans and children worldwide.

In partnership with Education Above All (EAA), Snoonu has activated a banner on their application where one Qatari riyal will be donated to EAA from each order made from participating merchants during the coming week. Additionally, users are also able to directly donate to EAA by visiting their shop on the Snoonu application, where individuals will be able to directly donate any amount they want.

Finally, EAA donation boxes have been placed around the Snoonu office to collect internal donations from the employees. These initiatives will all be ongoing until Oct. 30.

Hamad Al-Hajri, Snoonu’s Co-founder and CEO, said “Education should be accessible to every child, no matter where they were born or who they were born to. International development and education on a global level affects all of us. This is what makes our partnership with EAA so essential. We also look forward to more partnerships with them in the near future”.